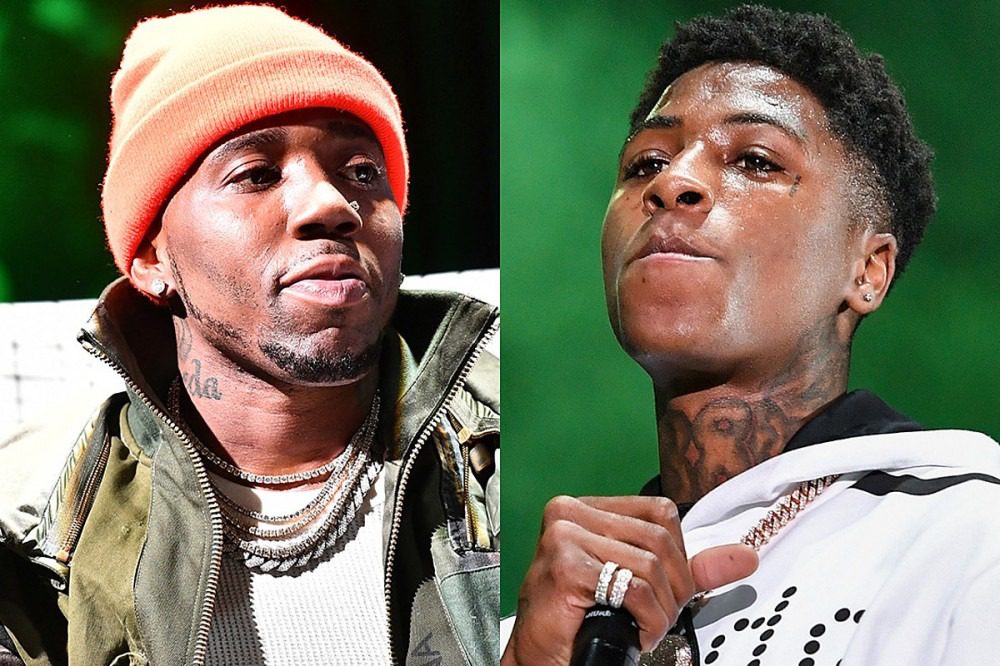 YFN Lucci isn't feeling some of the lyrics on YoungBoy Never Broke Again's recently released flip of Jay-Z's "The Story of O.J."

On Wednesday (Oct. 21), NBA YoungBoy dropped the Top version of the track. The song is a rendition of the record that appears on Hov's 2017 effort, 4:44. On one line in particular, YoungBoy says that he wants to have a child with Reginae Carter, Lil Wayne's daughter and Lucci's former girlfriend.

"The shit ain't Fugazi, I'm tryna convince Fee to tell Reginae/How big the shit gon' be if we have a baby, but I'm serious though," he raps on the song, referring to his manager Fee when stating he wants a baby with Reginae.

The lyrics clearly didn't sit well with Lucci, who has been romantically linked to Weezy's first child on-and-off since 2018. After The Shade Room posted a snippet of YoungBoy Never Broke Again's visual for the song yesterday, specifically the verse where he name-drops Reginae, the Atlanta rapper wrote in the comment section, "Boi a real b***h in person," including a laughing emoji.

The Top version of "The Story of O.J." comes over a month after NBA released his album Top, which debuted at No. 1 on the Billboard 200 chart.

While Reginae doesn't appear to have responded to NBA YoungBoy, the Baton Rouge, La. rhymer hasn't publicly addressed YFN Lucci's comment. However, that's likely because he has deactivated his Instagram account.

As far as Lucci and Reginae Carter, rumors claim that they parted ways last year. She even said on an episode of VH1's T.I. & Tiny: Friends & Family Hustle that aired back in April that they're no longer together. However, rumors are circulating that they might have reconnected. The Shade Room pointed out earlier this month that they used the same chef on the same night and appeared to be sharing videos of the same meal.