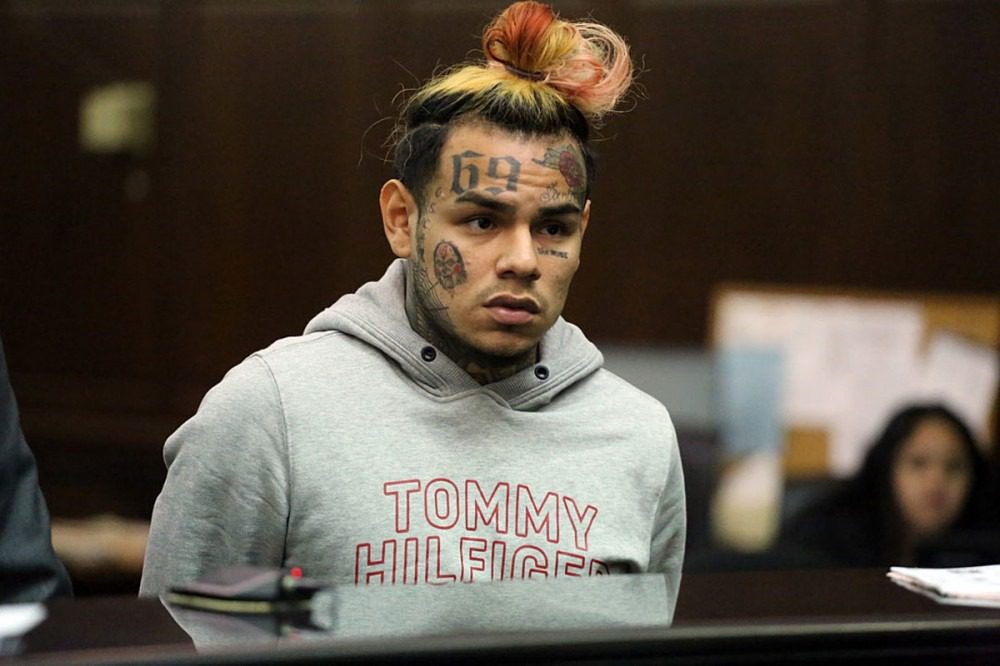 A woman is suing 6ix9ine for child sexual assault, abuse and emotional distress.

Five years ago, Tekashi pled guilty to use of a child in a sexual performance. It was recorded on film. According to a report from TMZ on Tuesday (Oct. 20), that individual is claiming she is the person in the video—where the alleged acts can be seen—and is suing the TattleTales rapper for assaulting her back in 2015 when she was 13 years old.

The woman, who is reportedly identified as Jane Doe in the lawsuit, also claims she was under the influence of drugs and alcohol at the time of the assault. 6ix9ine and another adult, Tay Milly, recorded three videos of the assault, all of which were allegedly posted online. Milly is also being sued by Jane Doe for the same allegations as 6ix9ine.

According to the outlet, the documents in the lawsuit depict the assault including how Jane Doe performed oral sex on Milly while 6ix9ine enacted pelvic thrusts behind her, although the Brooklyn rhymer did not engage in sex with the woman.

The "Gooba" rapper recently spoke about his child sex case in an interview with The New York Times. "I pleaded guilty to [using] a child in a sexual performance, and then I took responsibility for that. I pleaded guilty to racketeering for 47 years, I took responsibility for that. I will have to pay that for the rest of my life, looking over my shoulder, right?."

XXL has reached out to 6ix9ine's legal team, a rep for the rapper, the New York State Courts and Jane Doe's attorney for a comment.