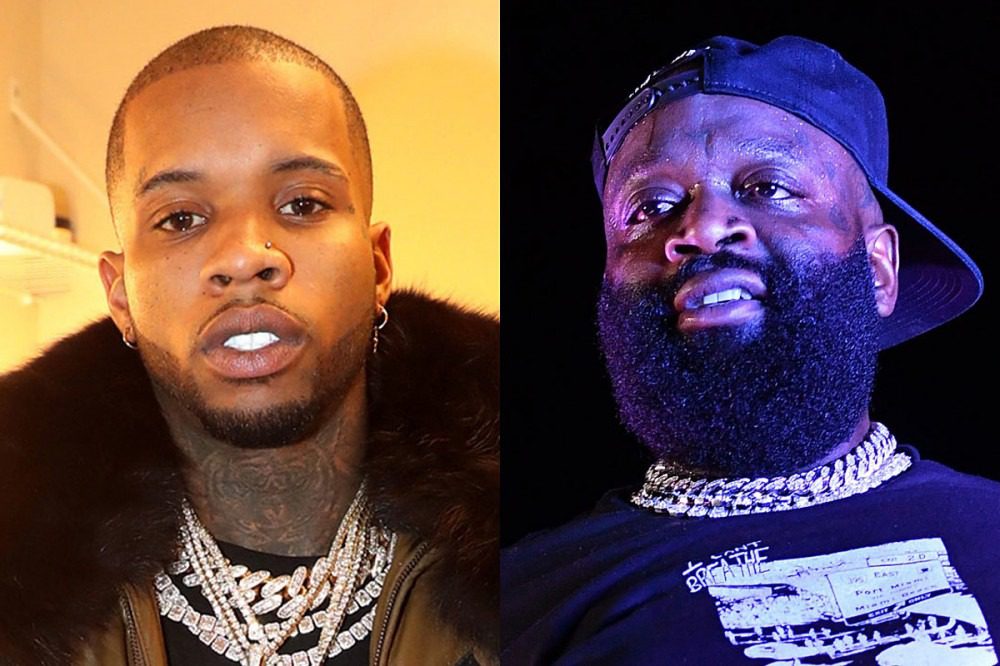 Tory Lanez has returned to social media after a lengthy hiatus following the shooting incident with Megan Thee Stallion, and he's addressing his critics.

On Friday evening (Sept. 25), Tory directed a tweet at Rick Ross, who called him out earlier today on his Instagram Story about releasing Daystar two days after the indictment for the Louisville police officer came in regarding the Breonna Taylor killing. On the 17-song LP, the Toronto artist addresses the July shooting and his rumored relationship with Megan.

"@RickRoss I respect u 2 much as a black man to disrespect you in these times,however I went out and marched  9 days strait for Breonna Taylor ..IN YOUR CITY …I didn’t see the 'boss' out there once ?…also stop tagging your endorsements in post about her . It’s a poor decision," Tory wrote on Twitter.

Earlier this afternoon, the Maybach Music Group head honcho shared his thoughts on the timing in which Tory dropped the effort. Rick Ross also advised the rapper-singer that he should've spoken about the Megan incident in a different way. While speaking on Tory Lanez's surprise release, Ross was accompanied by two bottles of his Belaire champagne.

In a separate post, Ross also trolled the Canadian artist, saying that he bought Tory a new car in celebration of his album release. In the clip, the Miami rapper shows off a white Smart car parked on pavement, likely in front of Rozay's home, and jokes that Tory's album went "double acrylic" on DatPiff.

On Wednesday (Sept. 23), a grand jury in Louisville, Ky.'s Jefferson County charged Brett Hankison, one of three officers involved in the 26-year-old emergency room technician's killing, with three counts of wanton endangerment in the first degree. The charges aren't in relation to Taylor's death or the bullets that were fired into her home on March 13 as officers were serving a "no-knock" warrant. The charges pertain to the shots fired into her neighbor's apartment. The two other officers were not criminally charged and neither of the three are facing consequences for Breonna Taylor's death.

The officers were serving the warrant a part of a narcotics investigation, as they were looking for Taylor's boyfriend at her home. No drugs were found at the residence.

The jury's decision sparked protests across the county demanding justice for Breonna Taylor. These demonstrations come after months of protests and civil unrest back in May surrounding the unjust killings of Taylor, George Floyd, a Black man who was killed at the hands of police in Minneapolis, Minn., Ahmaud Arbery, a Black man who was murdered by a former cop and his son while jogging through a neighborhood in Brunswick, Ga. and countless other lives lost due to police brutality.

See 12 Rappers Who Have Deleted Their Social Media Accounts