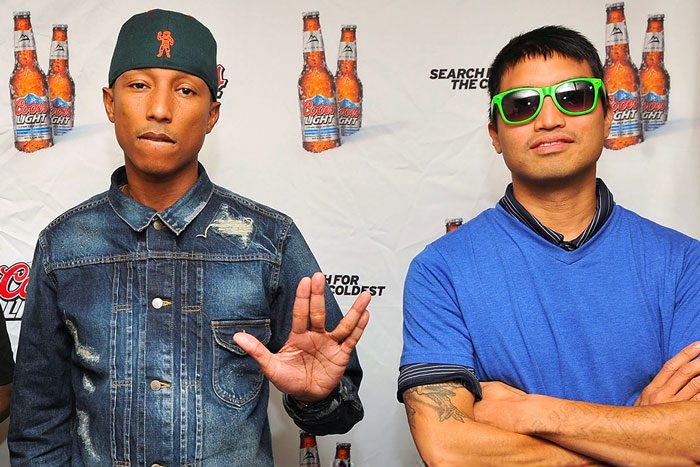 The Neptunes and deadmau5 collide on their new collaboration “Pomegranate.”

The disco-funk meets electro-pop bop features Pharrell’s silky falsetto over a glistening groove that is bound to dominate all summer. “Pulse is high, the heart beats / We’re being called to the other side, girl / Lost in the vibe, we can’t sleep / Our clothes off, it feels so good inside, girl,” sings Pharrell.

The song was recorded in December 2019 during a secret studio session at Criteria Recording Studios in Miami and is set to appear on deadmau5’s upcoming album.

In anticipation of the track, The Neptunes launched their Twitter account last month. Earlier this year, they were announced as inductees into the Songwriters Hall of Fame, which has been delayed until next year.

Expect even more music from the legendary production duo. They recently hit the studio with Rihanna to work on her long-awaited ninth album.