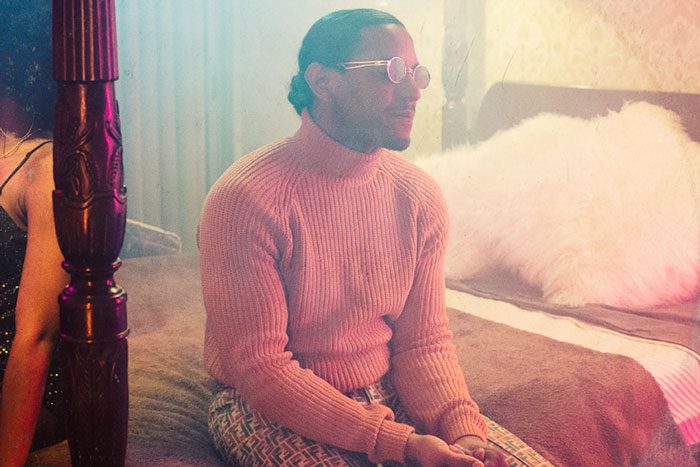 The R&B crooner takes it nice and slow on his new single “Slow Wine Bass Line” featuring the legendary Teddy Riley. The seductive jam finds Lloyd cutting the lights before serenading his lover over a sample of Keith Sweat’s “Right and a Wrong Way.”

“I’ve been waiting all night / And I think it’s the right song / I pull on your waist line / I don’t wanna waste time / I wanna slow wine, do it to the bass line,” he sings.

“Slow Wine Bass Line” is the first release from Lloyd since his 2018 album TRU, which featured Lil Wayne and Rick Ross. An extended version of the song is also available featuring an outro from Riley.

Lloyd is now back in the studio putting the finishing touches on his new album. “If music is what dreams are made of, I’d like to thank the almighty for yet again helping me make one of mine come true this day,” he told fans. “I’d like to personally thank the great @teddyriley1, @keithsweat, @rxdcxm, and @biglovejasper as I humbly present my first release from a soon to be announced new album.”