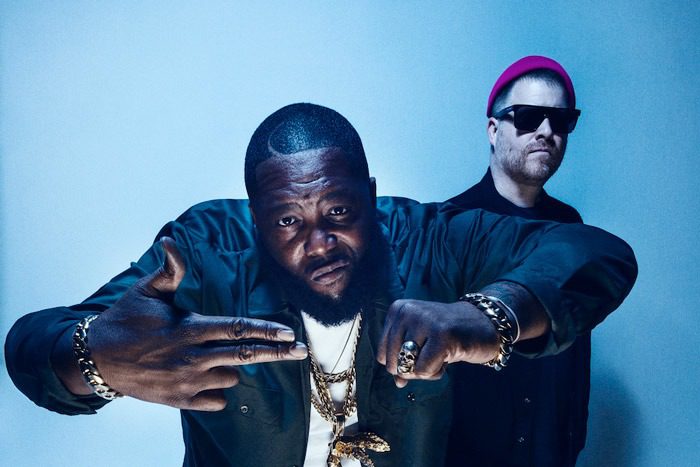 Run the Jewels, the duo of Killer Mike and El-P, have released their new album RTJ4 two days ahead of schedule.

The album is available for streaming and as a free download across all digital platforms. The 11 tracks include contributions from Pharrell Williams, Zack de la Rocha, Mavis Staples, 2 Chainz, Josh Homme, DJ Premier, and more.

“Fuck it, why wait? The world is infested with bullshit so here’s something raw to listen to while you deal with it all,” said the duo. “We hope it brings you some joy. Stay safe and hopeful out there and thank you for giving 2 friends the chance to be heard and do what they love.”

Over the weekend, Killer Mike delivered an emotional speech at the Atlanta Mayor’s press conference, pleading with protesters not to vandalize his city. “I am duty-bound to be here to simply say: That it is your duty not to burn your own house down for anger with an enemy,” he said. “It is your duty to fortify your own house, so that you may be a house of refuge in times of organization. And now is the time to plot, plan, strategize, organize, and mobilize.”

The duo is also joining the fight for justice by encouraging donations to organizations that support justice, change, and equity in America.

RTJ4 is the fourth installment in the Run the Jewels series, which started in 2013. Their most recent project, Run the Jewels 3, was released in 2016.