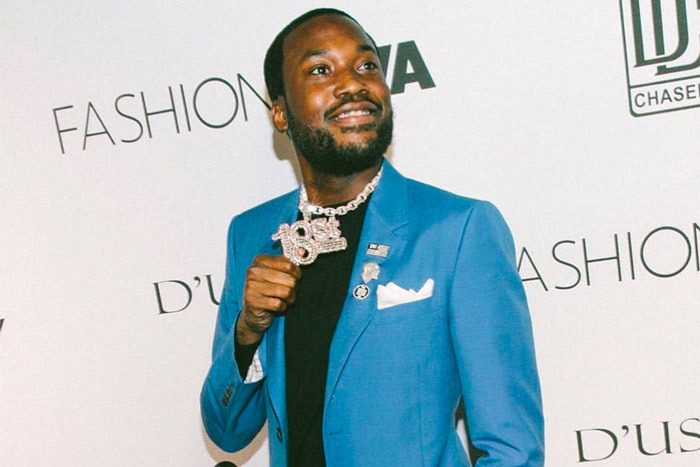 Meek Mill is reporting live from the other side.

Following a week of protests in the wake of the police killing of George Floyd, Meek Mill is speaking out. On Friday, the Philly rapper dropped “Otherside of America,” on which he tackles the racial inequality in America.

The powerful track kicks off with a clip from Donald Trump’s 2016 campaign rally speech, where he lobbied to black voters: “What do you have to lose? You’re living in poverty. Your schools are no good. You have no jobs. 58 percent of your youth is unemployed. What the hell do you have to lose?”

Meek goes on to share what it’s like on the “other side of America.” “We was starvin’ for a thousand nights / Livin’ like we tryin’ to die tonight,” he raps. “Ni**a we hungry / Mama at work, daddy he dead / Ni**a we lonely / Stomach growlin’ like an AMG, goin’ to bed.”

The track ends with Meek’s 2018 interview from CNN’s “Smerconish.” “I always dreamed to be on CNN to be able to express myself and speak for the voiceless young men of America,” he says. “The first step I would say: I grew up in America in a ruthless neighborhood where we are not protected by police, we grew up in ruthless environments, we grew up around murder, you see murder, you see seven people die a week, I think you would probably carry a gun yourself. Would you?”

Watch a clip from the interview below.

OTHERSIDE OF AMERIKKKA AND IM STAYING THERE FOREVER! pic.twitter.com/9f1g3nfw3x