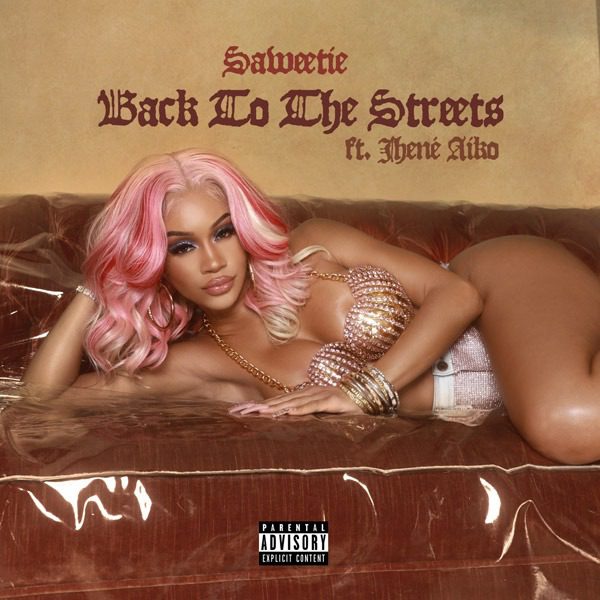 Saweetie is taking it “Back to the Streets.”

Following “Tap In” and its remix with Post Malone, DaBaby, and Jack Harlow, Saweetie teams up with Jhené Aiko on her sassy new single. On the bass-driven banger, co-produced by Timbaland, Saweetie and Jhené celebrate their independence while kissing their exes goodbye.

“I put my new man on a leash / Traded in my old ni**a he was just a lease / Ride around town till I leave / I gave that boy a round and sent him back to the streets,” raps the ICY GRL before passing it to Jhené. “Consider yourself blessed / You got to f**k with the baddest / You know that I can’t be kept / No, I gotta dip out.”

Saweetie is now readying her new album Pretty Bitch Music, with production from Danja, Lil Jon, Murda Beatz, and more. “I’ve been gone for a year, but I really had to focus on my artist development because that was something that I was struggling with. So I took a year to myself to really figure out what is my next move,” she told Apple Music. “I’ve been recording a lot. I feel like a big body of work is overdue. So, I’m ready to give that to the world and to my fans.”