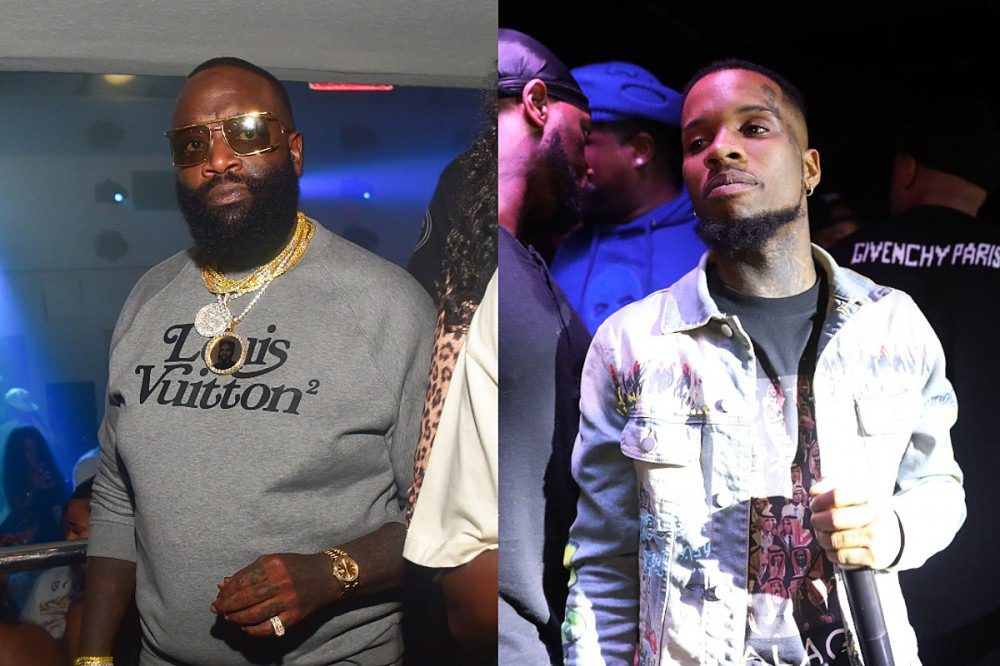 Rick Ross is clapping back at Tory Lanez.

Rozay continued his back-and-forth with Tory on Friday afternoon (Sept. 25), responding to the Canadian rap-crooner's recent diss on his Instagram Story. "First off, little boy, I appreciate how you responded swiftly to Rozay," Ross started. "That's how you should have did the sista who accused you of shooting her. That's what you owe her family, that's what you owe all the Black women in America. Just that accusation alone, she was in your presence, but that's between y'all."

He continued, shooting down Tory's claims that he protested in Ross' hometown. "More importantly, let's get to you protesting. You ain't protest in Miami," Ross added. "Only reason you was out there is 'cause your condo that you stay in $1,500 a month, the damn protest was coming right down there. So, you went down there and took a photo-op. That's cool. Let's not insinuate that. Go out your way for the sistas. Poor decisions is putting together an album and trying to profit off some shit people like myself was wishing to hear you address this shit and move on. Not get a wack song or wack album that ain't gon' get you no money, nor no new supporters. So, little boy, boss up."

Ross and Tory traded shots earlier in the day, after the Maybach Music Group rapper called the Chixtape rhymer out for releasing his new Daystar album without formally addressing the accusation that he shot Megan Thee Stallion.

"Tory Lanez, poor decision, brother. Dropping that project," Ross began in the video on his Instagram Story. "Just out of respect for Breonna Taylor. Just out of respect for Breonna Taylor, brother. We gotta respect these sisters. That ain't how you address the accusations you facing with the sister. That was a a poor choice, homie. You ain't getting no money with that shit."

Tory shot back on social media. "@RickRoss I respect u 2 much as a black man to disrespect you in these times," he typed on Twitter. "However I went out and marched 9 days strait for Breonna Taylor ..IN YOUR CITY …I didn’t see the 'boss' out there once ?…also stop tagging your endorsements in post about her . It’s a poor decision."

Ross wasn't the only person to call out Tory for his new album, where he addresses the Megan shooting and other topics in musical form. DreamDoll and Asia Doll also blasted Tory for name-dropping them on the LP.