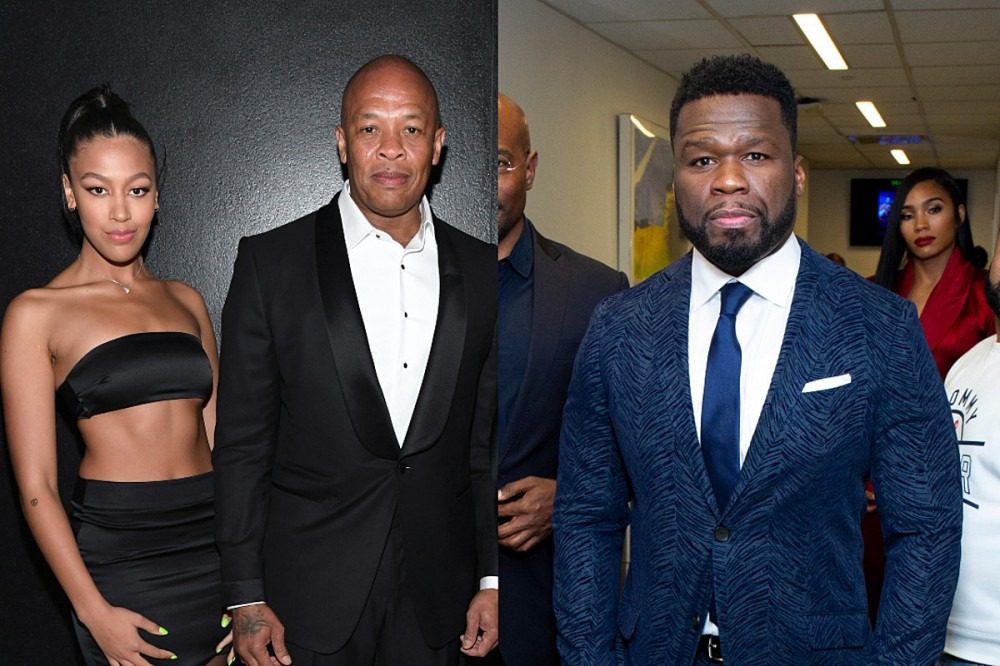 50 Cent is catching heat from Dr. Dre's daughter, Truly, after he called the legendary producer's estranged wife a bitch on Instagram.

Truly's vitriol stems from an Instagram post Fif put up back on Sept. 3, when the Power producer offered his two cents on Dre's ongoing divorce from wife Nicole Young. Responding to reports of Nicole asking for nearly $2 million a month in the divorce settlement, 50 captioned a screenshot of a news article on the matter, "These bitches be crazy how do you even ask for 2 million a month."

Apparently, Truly, 19, recently got wind of the comment. On Friday (Sept. 25), she clapped back at her dad's former artist on her Instagram Story. "Haha… Coming from an ugly, washed up, early 2000s rapper who filed for bankruptcy and is only envious of my family's wealth and lifestyle. Have fun spending the rest of your savings on steroids. Fuck you," she posted.

In a follow-up post, she expounded on her disdain. "The blatant misogyny and disrespect by ignorant men that is being shown is absolutely fucking disgusting and vile," she wrote. "Calling my mother, my dad's wife, a bitch is unforgivable. You have no respect for me or my siblings and this is extremely evident. 50, your marketing schemes are as low life and disgusting as you are. Using a photo of my parents and I solely to gain attention for yourself exemplifies a lot of the things wrong with the world right now. You disgust me, and I can speak for women of my generation as well. You are furthering the problems. Everyone already knows that you're a dick, but you just proved it yourself."

After seeing Truly's post about his comment, Fif reacted on Instagram, but didn't seem too fazed. Captioning a picture of himself with a cigar in his hand staring at a cell phone, he captioned the post, "Dr dre’s daughter just told me to shut the fuck up. LOL."

Dre and Nicole's messy divorce has been making headlines over the last month as it reportedly involves a $1 billion prenup. Most recently, the partner of a record studio founded by Dre and Nicole has accused her of emptying the company's back account.