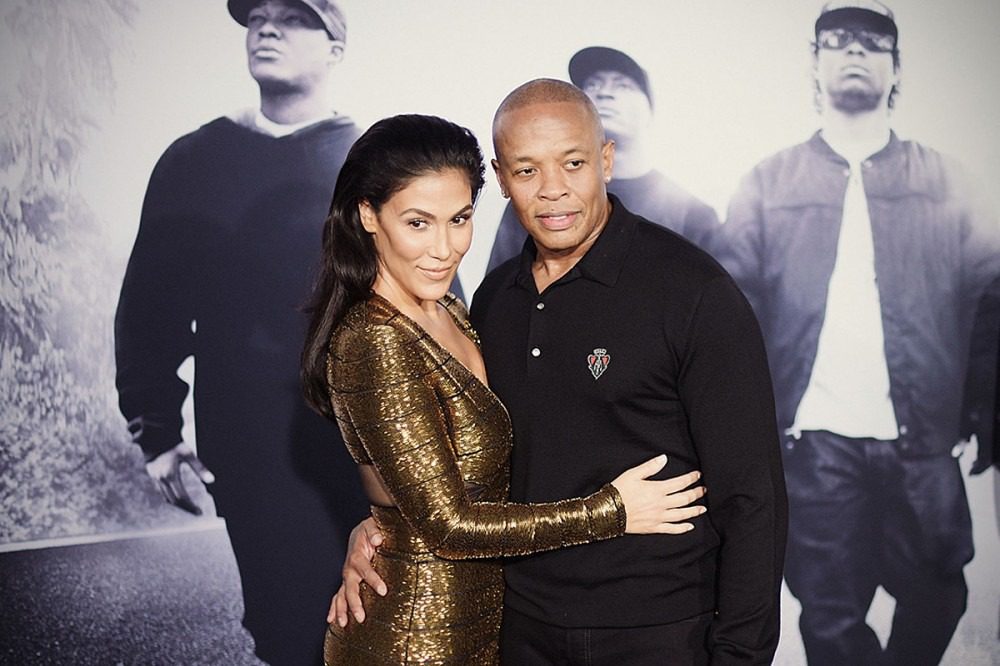 Dr. Dre, his soon-to-be ex-wife, Nicole Young and a man named Larry Chatman founded a recording studio back in 2015 and now, it looks like Nicole could be facing some legal issues regarding money that supposedly belongs to the studio.

According to a report from TMZ this morning (Sept. 21), attorneys for Record One recording studio have accused Nicole of emptying out the business' bank account and even hit her with claims of embezzlement. In a letter reportedly written to the legendary beatmaker's estranged wife, attorney Ed McPherson who represents the studio, alleged that Nicole "decimated" the company's business bank account last month of $363,571.85. The outlet has also obtained an image of a check written to Nicole, dated for Aug. 27 in the amount of $353,571.85.

The letter additionally accuses Nicole of "blatant and unjustifiable criminal embezzlement of corporate funds" and breaching her fiduciary duties, which is her role of acting in the best interest of the company.

Dr. Dre and his partner, Chatman, are demanding that Nicole return the money that she allegedly took from their company's business account no later than a week from tomorrow (Sept. 22), which would be Sept. 29. If she fails to do so, the attorneys for the recording studio say they'll be filing a lawsuit against her.

Nicole's attorney, Bryan Freedman told TMZ, "This is just a low-grade PR stunt by Andre and his team to try to change the fact that he was caught red-handed and sued for trying to cheat Nicole out of community property to which she is entitled. There is no question that Nicole had both the contractual and the legal right to have taken this action and Andre's team is well aware of this fact. Any suggestion she did something untoward is preposterous and pathetic."

The recently filed divorce between Dre and Nicole doesn't appear to be going without a hitch. Earlier this month, Nicole accused her almost ex-husband of hiding assets. She claims that he created a brand new holding company that he solely owns and transferred joint assets into it. The assets that she is supposedly speaking of are trademarks for "Dr. Dre" and "The Chronic."

Nicole Young filed paperwork for her legal separation from Dr. Dre, whom she had been married to for over 20 years, back in June.

XXL has reached out to a rep for Nicole Young and Dr. Dre for a comment on this matter.