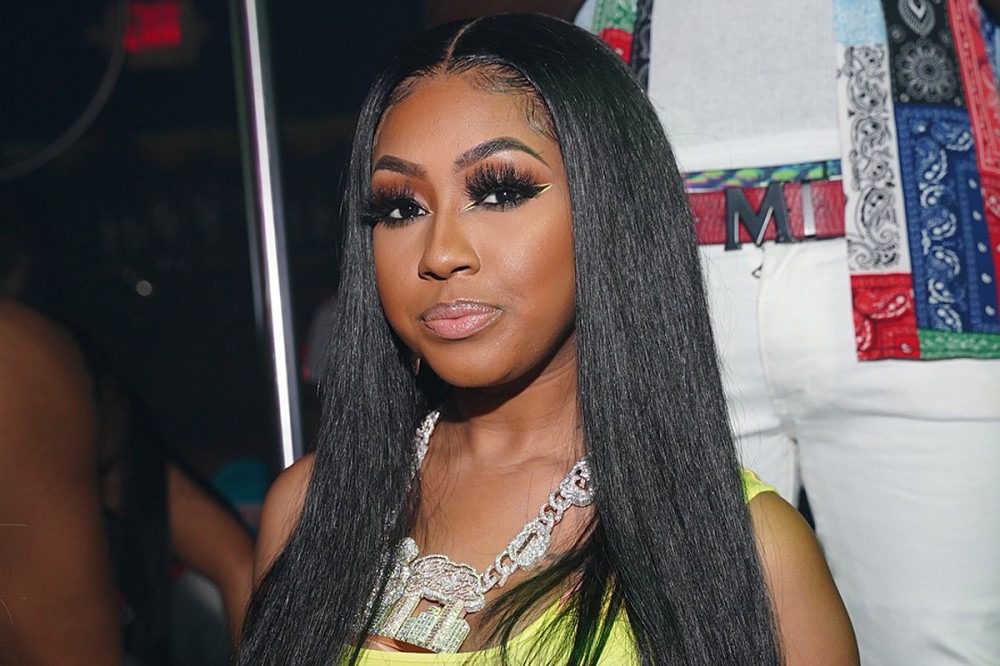 Regardless of folks' opinions on City Girls' Yung Miami's rap game, she says she isn't putting down the mic.

On Friday (Sept. 18), Miami let off a series of tweets in response to people saying that her rhyming skills aren't up to par. "Y’all say I can’t rap God said “I can” that’s why I’m doing it he put me here ," she began. "Why would I quit and this is how I feed my family? I got two kids that’s depending on me! Y’all don’t like my verses fine DON’T listen to them idgaf cause when we have concerts it be a bunch of mf in there screaming my shit!."

The Quality Control Records artist then retweeted a fan who spoke in her defense. "Period suh! What God has for you, no man can take it away honey!," the supporter wrote. "This!," Yung Miami replied.

"On or off a beat bitch imma rap and you gone get these verses period!," she continued. "When city on lock came out I was trending y’all said I was rapping rapping I improved I was eating shit now y’all back saying I can’t rap y’all BEEN saying this since day 1."

On the track, the Florida artist rhymes, "I pull up foreign (Skrrt), with my friends/AMG (Yep), on a Benz/Ride or die (Ride or die), 'til the end ('Til the end)/I be cute, how we look settin' trends (Period)/These my queens, these my girls (Girls)/I don't do pretend (No)/Ice check, wrist check, Patek on ten (Ice)/Big rocks, big bags, waist be looking slim (Ow)/ She keep looking at us but I know she can't swim (City)."

Shortly after the song dropped on Sept. 4, people criticized Miami's flow and bars on the track. "ik we over it but damn yung miami must have been sleep deprived when recording the do it remix  she let latto body her," one person tweeted.

"Lmaooo I love young Miami but no this remix did not do it for me. Take it backkk," said another Twitter user.

Not all of the opinions regarding her verse were negative, though. There were others who enjoy the City Girls rapper's feature on the song.

"I’ve come to the conclusion that yung miami actually ate her verse on do it remix. it’s just takes superior taste to hear it," a third person said.

In case you missed it, check out Chloe x Halle's "Do It (Remix)" featuring City Girls, Doja Cat and Mulatto below.