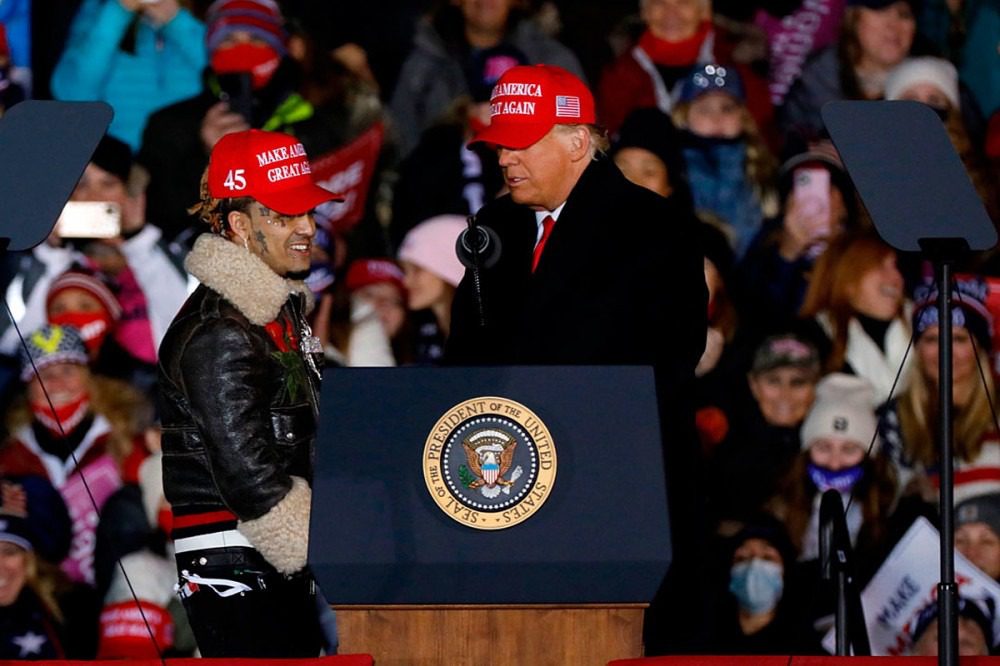 Lil Pump is losing respect from his hip-hop peers over his support for President Trump.

On Tuesday (Nov. 3), following Pump's appearance at the final Trump rally to help persuade voters to reelect the 74-year-old politician for a second term, the former 2018 XXL Freshman has angered many people in hip-hop.

During the rally that took place in Grand Rapids, Mich. yesterday (Nov. 2), Pump was mistakenly announced as "little pimp" when preparing to take the stage. While front-and-center at the event, the 20-year-old rapper commended Trump for bringing the troops home before saying "MAGA 20, 20, 20, don't forget that. Don't forget that. And, do not vote for sleepy Joe at all." Footage from the rally later surfaced online showing Lil Pump passing out hats to Trump supporters during the event.

Lil Pump joins the ranks of other rappers like Lil Wayne, Waka Flocka Flame, Asian Doll and others who have publicly supported the president this year.

Nonetheless, it didn't take long before rappers started weighing in on Pump's decision to align himself with Trump. "Lil pump is taking the 69 route for clout chasing did he not see 69 album sales😭😭," 2kBaby wrote on Twitter.

While many people don't understand why Lil Pump, who grew up in Miami and is of Colombian descent, chose to side with Trump, according to the rhymer, Trump is "is a good man. Trump is the type of person, he says whatever is on his mind." In the past, Trump has spoken negatively about the Latino community.

In late October, Pump posted a video on his Instagram Story revealing that he'd be voting for Trump on Election Day (Nov. 3).