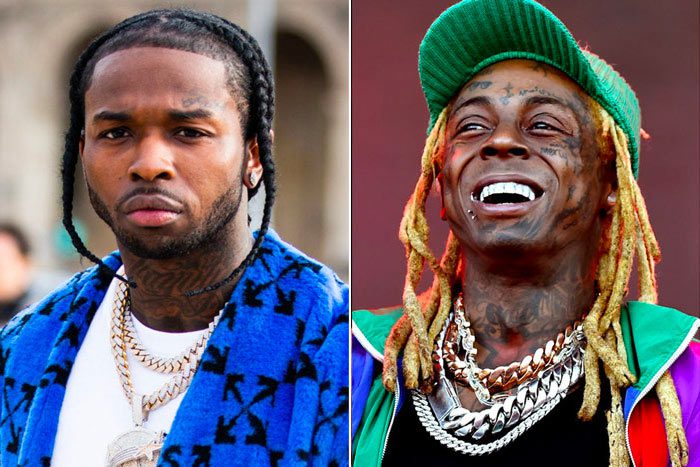 While his album continues to dominate the charts, Pop Smoke’s estate has released a remix to “Iced Out Audemars” featuring Lil Wayne. The Young Money boss pays his respects to the late Brooklyn rapper on the track, which originally featured Dafi Woo and appeared on Pop’s posthumous debut Shoot for the Stars Aim for the Moon.

“Rest in peace to Pop / We here today, we gon’ tomorrow,” raps Tunechi before showing out on his rapid-fire verse.

In July, Pop Smoke released a deluxe edition of his album with 15 new songs including collaborations with Jamie Foxx, A Boogie wit Da Hoodie, and Burna Boy. Last month, Summer Walker jumped on the official remix to “Mood Swings.”

Shoot for the Stars Aim for the Moon is battling for No. 1 against 21 Savage and Metro Boomin’s Savage Mode II on next week’s Billboard 200. Meanwhile, “For the Night” with Lil Baby and DaBaby is currently No. 15 on the Hot 100 after peaking at No. 6.