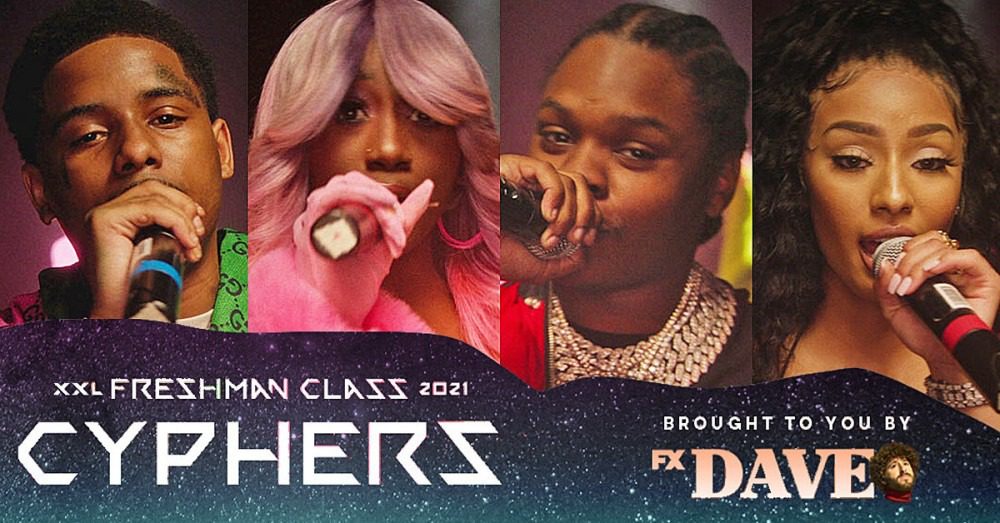 There are some exciting regional scenes in rap right now and four of them are represented in the final 2021 XXL Freshman cypher. Rubi Rose reps the Bluegrass State of Kentucky, a place that’s also home to acts like Jack Harlow and EST Gee. Pooh Shiesty was bred in the streets of Memphis, a city that’s thriving with young spitters like NLE Choppa and OG leadership from people like Yo Gotti. Flo Milli came up out of the prospering hip-hop scene in Alabama, also bolstered by Grammy Award nominees like Chika. And 42 Dugg calls the chilling scene of Detroit his home alongside hood favorites like Sada Baby and Babyface Ray.

The heavy southern drawl in Pooh Shiesty’s verse is up next. The 1017 signee delivers a two-part rhyme, separated with his signature "Blrrrd" ad-lib and includes lyrics about his position as a cricket when the federals are asking for info, honoring his lost homies and still being ready to slide at any given moment despite being famous now. “Been nothing but trouble since a child, now I’m making my mama proud/I can’t beef with niggas rolling mid, I’m booked at Rolling Loud,” he flaunts.

Flo Milli tags in on the follow-up, giving her fans game on how to secure the “no face, no case” method. She dances on the beat, shining light on the power of her aura before speeding up her flow to unveil the precision-based skills she has in her armory. “He finna treat me right ’cause I’m a lady, but I got him fucking me like I’m a ho/It ain’t nobody who do it like Milli/It ain’t nobody who hotter than Flo,” she raps with a chipper pace.

42 Dugg has the role of the anchor. Showcasing his slurred style of rap that he deems “shit-talking,” the 4PF and CMG divide spits about staying true to the mottos he learned in the streets, putting on for his gang and running through holes like a NFL running back: “You wifing her, I’m fucking that Niesha/They all know a Kiesha/I think she fucked a reaper/How you doing? Nice to meet you.”

Visit the Official 2021 XXL Freshman Launch Page for Each Artist