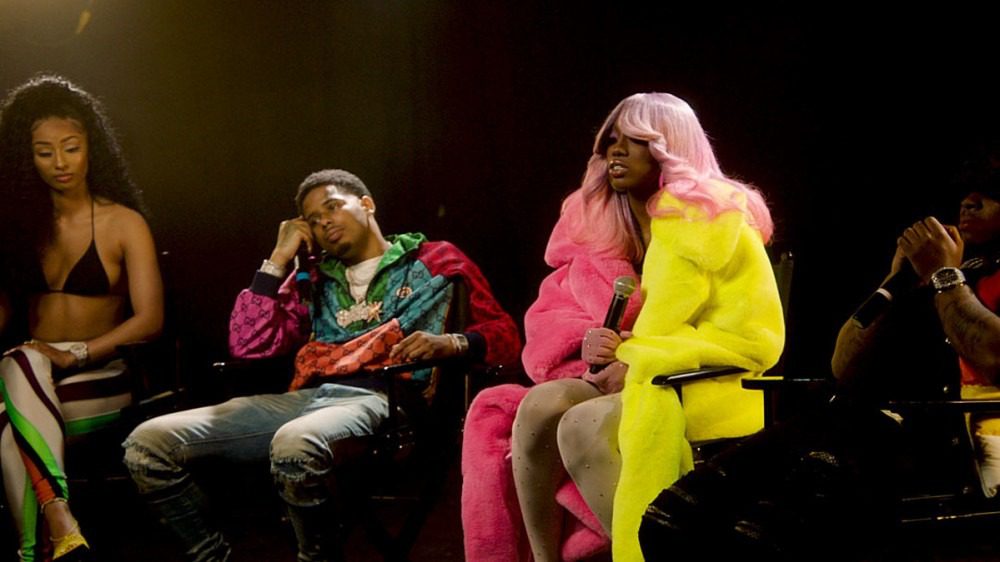 Creating the XXL Freshman cover and its supporting content is typically a hectic but rewarding experience during the day of the shoot, which went down in Atlanta in May this year. Selected artists get pulled in different directions all day, and other than grouping up to hear the cypher beat, don’t often get time to sit down and converse with one another. The roundtable interview discussions that follow each cypher offer them that opportunity, with Rubi Rose, Pooh Shiesty, Flo Milli and 42 Dugg being the last batch to have their thoughts shared on the entire experience.

Lexington, Ky. native Rubi Rose speaks on the celebratory nature of the day’s events and meeting people who secured a spot on the same elevator to the top. “Today has been super lit, super cool," she recounts. "The cypher was a little scary. Everything else was a breeze, fun. And it was cool to meet my fellow freshmens."

Flo Milli adds to that, explaining that though there was a sense of pressure to capitalize on the platform, the energy was warmer than one might expect. “It kind of shows a light energy," the Mobile, Ala. talent explains. "Like you ain’t gotta be too serious about it and shit. But I definitely think it’s like a milestone for people who make it on there. ’Cause like, you only get a certain amount and it has such a big platform. So, I think it’s dope to be on here.”

The 2021 XXL Freshmen also spend time discussing their musical influences, tracing back the ingredients they used to create their own stylistic concoction. 42 Dugg, the hottest young artist out of Detroit right now, credits Jeezy and Yo Gotti as his inspirations. “Just ’cause they was talking some shit I was going through or some shit I was living," says the man who's been eating off of his recent release Free Dem Boyz. "So, I’ll probably say them, far as music. That’s all I used to listen to, for real."

The four artists also flex their awareness of what makes them special. For Memphis-bred Pooh Shiesty, it’s all about having a fresh, new flavor. “Talking about something different instead of just mumble rapping…,” the platinum-selling rapper says. “Different style, you gotta have your own sauce.”

Or else you’re lost, as his label head Gucci Mane once said.

Visit the Official 2021 XXL Freshman Launch Page for Each Artist