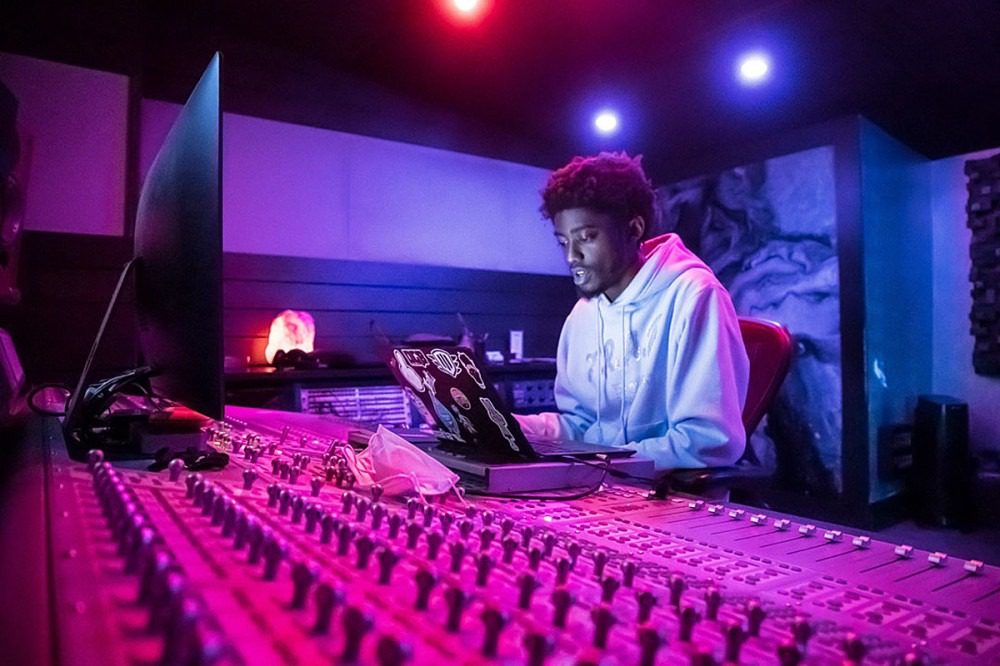 Behind The Boards
Interview: Robby Seabrook III
Editor’s Note: This story originally appeared in the Spring 2021 issue of XXL Magazine, on stands now.

Talent takes you to the top. Long before he was the engineer and producer known as Mattazik Muzik, the 28-year-old Alabama native was a multi-instrumentalist teenager. Mattazik Muzik, born Matthew Edward Robinson, changed his life after a local studio internship in 2012. Today, he’s a two-time Grammy nominee who has grown into Southern rap superstar Lil Baby’s go-to engineer while also working with Young Thug, Gunna, Travis Porter, Tokyo Jetz and more. Here, Mattazik Muzik shares some insight on his path to success.

XXL: At what point did your interest in engineering first begin?

Mattazik Muzik: At first, before I started as an engineer, I was more of a beatmaker. Back in Mobile, Ala., I had a mentor named Ron G [Ronald Suggs]. He was running the studio down there in the city. One day, one of my cousins was going to the studio so he invited me. That same night, I was being introduced and on top of that, I got a little side internship while I was down there. Every time I got out of school, I go straight to the studio.

When did you believe in your engineering skills?

When I realized the energy I bring to the session. A lot of people will say the engineer is the mood setting. That is a fact because no matter what the vibe is, that’s going to change everybody’s mood.

How did you start working with Lil Baby?

I started as a fan. [In] ‘15 or ‘16, I started working at The Underground. I went outside to take a smoke break. I saw Lil Baby and I was like, “Hey, are you Lil Baby?” He’s like, “Yeah, hey, man. You want to take a picture?” We ended up taking the picture. Fast-forward, we never [saw] each other since then. At the time [2017], I was working at Loud House in Atlanta. [Lil Baby] came [and] booked some studio time. He recognized me. A couple years later, he came and admitted that I was the first person that asked him for a picture. I still got that picture.

What was the energy like in the studio when you and Lil Baby worked on his hit record “The Bigger Picture”?

We wanted to talk about what we’ve been doing or what we want to do, but we can’t do that when you got the whole world in chaos. I remember when we started recording the first lyrics, I wouldn’t have expected that by the end, there’s going to be a whole protest song. By the time the song dropped, I was amazed by the reaction that he got from it. This is way different than Too Hard, this is way different than “Close Friends.” This is revolutionary.

Check out more from XXL’s Spring 2021 issue including Cardi B's cover story, how rappers are legally making money from the cannabis boom and the social justice that comes with it, Snowfall's Damson Idris on how hip-hop impacted his life, A$AP Ferg reflects on the making of his Always Strive and Prosper album, Shelley F.K.A. DRAM talks about his comeback, Trippie Redd speaks on how Playboi Carti and Lil Uzi Vert helped change hip-hop, Waka Flocka Flame checks in with us and gives an update on his Flockaveli 2 album in What's Happenin', Show & Prove interviews with 42 Dugg, Blxst, Lakeyah and Rubi Rose, Erica Banks discusses the making of hit song "Buss It," the Internet Money takeover with producers Taz Taylor and Nick Mira, the artists that are up next on rapper-run record labels, producer DY Krazy discusses his sound beyond trap beats and more.

Cardi B covers the spring 2021 issue of XXL magazine.