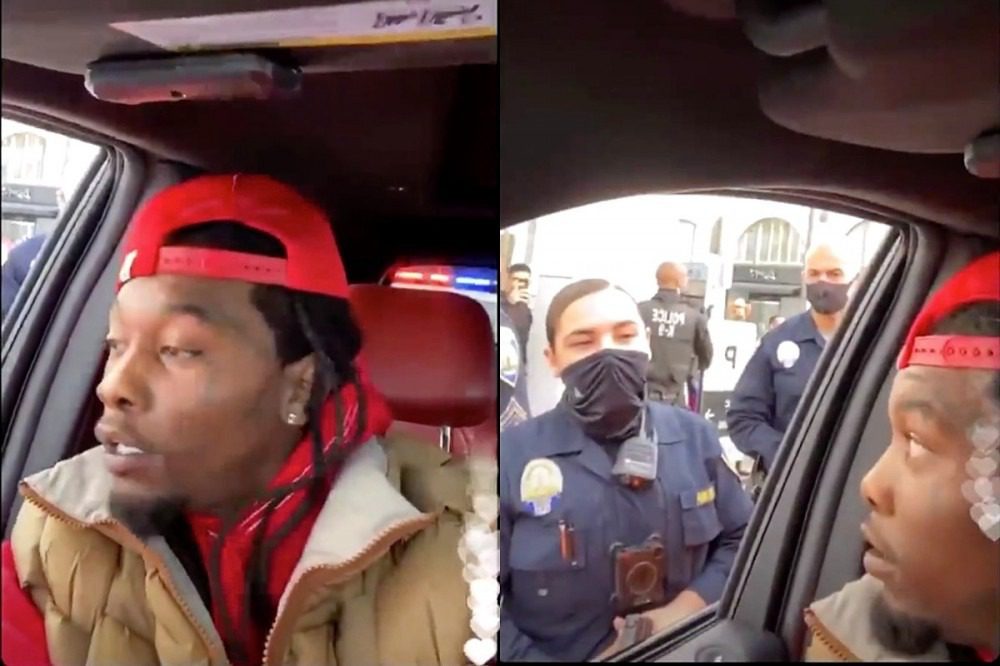 Offset recently ran into some trouble with the law and it was partially captured on camera.

On Saturday (Oct. 24), the Migos member was detained by police officers in Beverly Hills, Calif. after allegedly waving a gun at Trump supporters. The Atlanta rapper captured the encounter on Instagram Live. In the video, Offset is seen sitting in the driver's seat of his car with his hands raised. Officers on the scene instruct him to turn off his car but he refuses. "I'm not doing no orders, you got guns out pointed at me, bro," a clearly shaken Offset replies. The cops ask again and Offset doubles down. "I'm not doing that, because you got guns out. I'm not fittin to move my hand from my steering wheel," he says.

One officer then tells the rapper that they were told he was waving guns at someone and he becomes defiant. After telling the officers on the scene exactly who he is, 'Set says, "You just watched somebody beat my car up with a flag. What are you talking about?" Following more verbal exchanges, the officers open the car door and remove him from the vehicle.

Details on the situation are scarce, but according to DailyMail, Offset got into it with President Trump supporters while driving through a local rally. Someone in the crowd then reported that Offset and his crew waved a gun at them during the dust-up, and the rapper's ride was pulled over a short time later.

Another video from the incident shows Offset in handcuffs being searched by officers on the sidewalk while dozens of onlookers stand by. XXL has reached out to Offset's reps for comment. This story is developing.