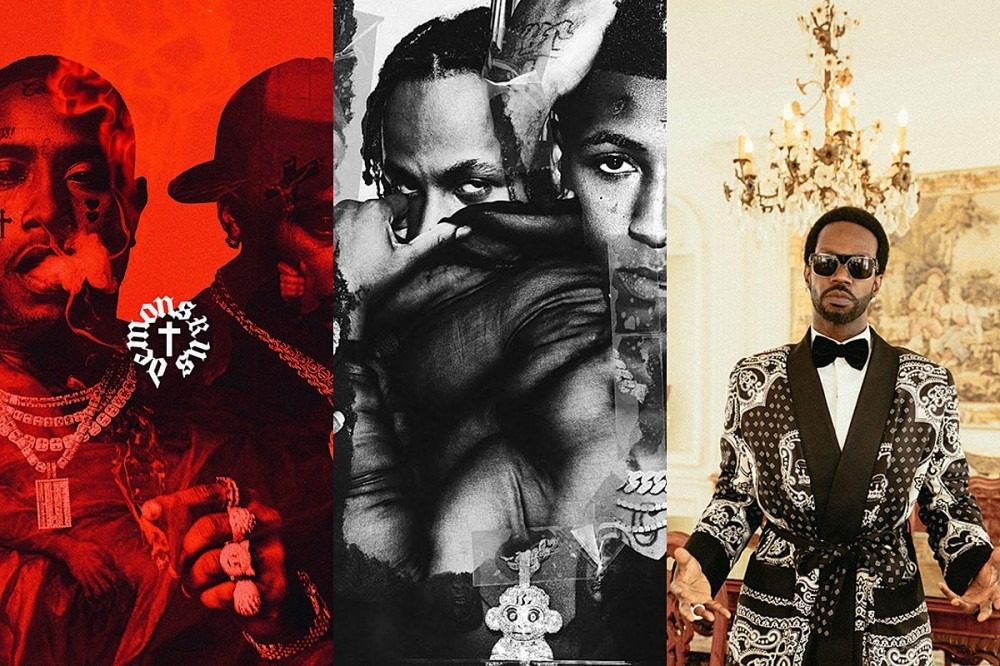 The holiday season is approaching and with this time of year comes good times and great gifts. As for hip-hop, new music is the gift that keeps on giving and there are a bunch of albums, projects, mixtapes and LPs to look forward to in the coming weeks.

Cleveland's own Doe Boy and Atlanta-bred producer Southside of the 808 Mafia production and songwriting collective have a joint project called Demons R Us coming out on Nov. 6. While a tracklist hasn't been shared yet, the Freebandz Gang artist will be responsible for the rhymes while the 808 beatmaker handles the sonic selection. On Tuesday (Oct. 28), Doe teased that Freebandz head honcho, Future, would be making an appearance on the effort. The following day, both Doe Boy and Southside shared a snippet of a track featuring Hendrix, which is titled, "Tweaking." The 18-track LP contains "Yessirski" as well. Aside from this album information, the two artists are being pretty tightlipped about what to expect from the project, so fans will just have to wait to see what they deliver.

A week later, YoungBoy Never Broke Again and Rich The Kid's first joint effort, Nobody Safe, arrives on Nov. 13. The two southern rappers—one from Baton Rouge., La. and the other repping the ATL and Queens, N.Y.—kicked things off with their Budda Beats-produced single "Bankroll" earlier this month. Based on the aforementioned track, the fusion of NBA YoungBoy's fiery bars and Rich's catchy rhymes should make for an interesting, yet enjoyable offering. Rich The Kid has even shared a promotional billboard for their album via social media. The LP will be YoungBoy's third this year and Rich The Kid's first since he dropped off The World Is Yours 2 last year.

Capping off the end of the month, Juicy J releases his first solo album in over 10 years, The Hustle Continues—THC for short—on Nov. 27. Following up the theme of his 2009 effort, Hustle Till I Die, the Three 6 Mafia member is bringing tracks with some heavy-hitting features Fellow group member Project Pat makes an appearance as well as Lil Baby, Megan Thee Stallion, 2 Chainz, Ty Dolla $ign and more. Over the summer, the Memphis native offered his collab with Wiz Khalifa "Gah Damn High." He has also showed hometown love to 2020 XXL Freshman NLE Choppa on "Load It Up," which dropped earlier this month. The veteran rapper has appeared on other artists' tracks over the years and now he's delivering a full-length album of his own. His last solo LP, Rubba Band Business, arrived in 2017.