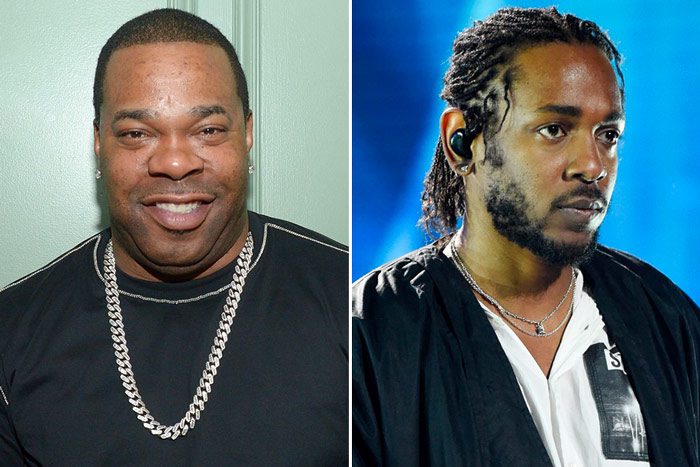 Ahead of his album release tonight, Busta Rhymes drops his highly-anticipated collaboration with Kendrick Lamar.

On “Look Over Your Shoulder,” produced by Nottz, Busta samples the original recording of The Jackson 5’s classic “I’ll Be There,” while King Kendrick delivers a nostalgic verse over the soulful beat.

“My life is like 12 open mics of hopeless notes I write / For sure my folks unite soon as the flow gets nice,” raps K-Dot. “The poltergeist that scares MCs, my prototype forever read, my share of deeds / And R.I.Ps, you know my type of style / It’s like my everything.”

Speaking with Zane Lowe on Apple Music, Busta shared the “spiritual” experience of sampling a young MJ. “I actually solo Michael Jackson, singing the ‘I’ll Be There’ lyrics with no music,” he said. “And just to show people that I have these vocals separated because there’s no acapellas of that song that exist nowhere. And I wanted the world to see that I’m not sampling this. I actually have young Michael Jackson on this song.”

He added, “So it was just a beautiful thing to be able to do that, man. And once it was done, bro, it was really something that really fu**ed up the room, every room that I played it in, on unprecedented levels.”