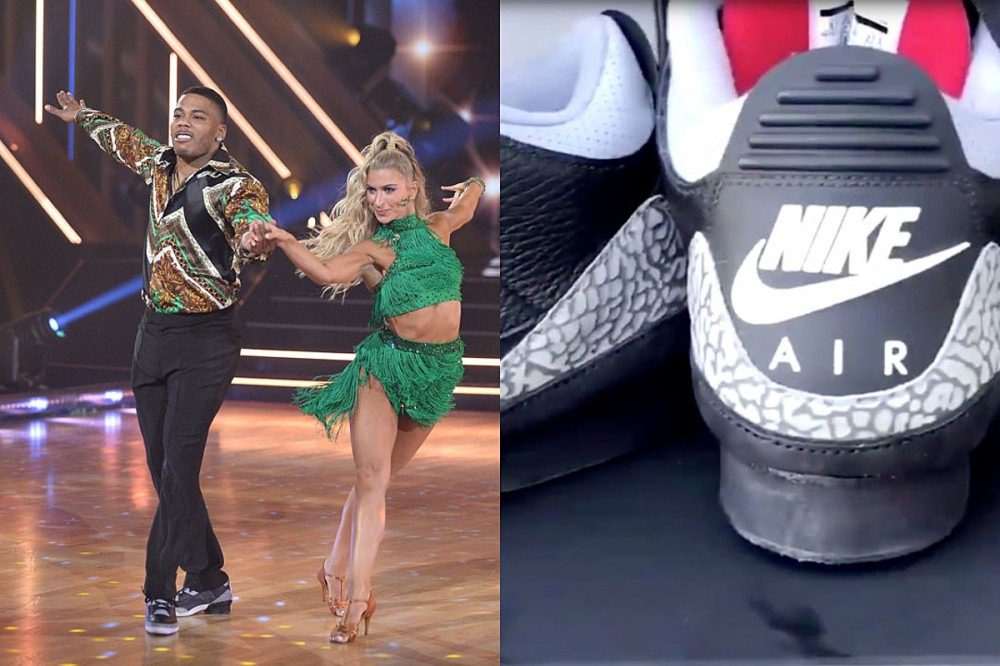 Nelly is on the latest season of Dancing With the Stars and he's showing off his moves in a different type of drip, likely never seen before on the dance competition show.

On Monday (Sept. 21), the veteran St. Louis rapper hopped on Instagram and unveiled his customized black cement colored Air Jordan 3 sneakers with a small heel that he performed in later that night. "So yo, them judges hating on hip-hop," he began in the video clip. "Told ya boy, he needed dancing shoes. So, I called my homie the Shoe Surgeon and told him I needed dancing shoes. Yung Swivel edition." The Shoe Surgeon, Dominic Ciambrone, customizes a variety of sneakers.

Nelly captioned the post, "So they told ya boy I needed dancing shoes… Now Nelly and who Nelly is he would tell them that he only rockin sneakers but this aint about Nelly this about #YUNGSWIVEL so #YUNGSWIVEL went out and got himself some dancing shoes..!!!! S/O @theshoesurgeon 'HIPHOP 4DA WIN'.!!!!!!."

The Country Grammar rapper, who goes by his alter ego Yung Swivel on the Dancing With the Stars dance floor, performed earlier this week with his professional dancing partner, Daniella Karagach, while wearing his customized kicks.

While Nelly appears to be 100 percent serious about his dancing shoes, social media is having a field day.

One person tweeted, "Okay, but Nelly put a lil heel on his cement 3s and I’m crying."

Another wrote, "But i really wanna know who customized those 3s and put a heel on them for nelly. They should be arrested."

XXL has reached out to Nelly and the Shoe Surgeon for a comment.

See more of what social media users had to say about Nelly's custom Air Jordan sneakers below.