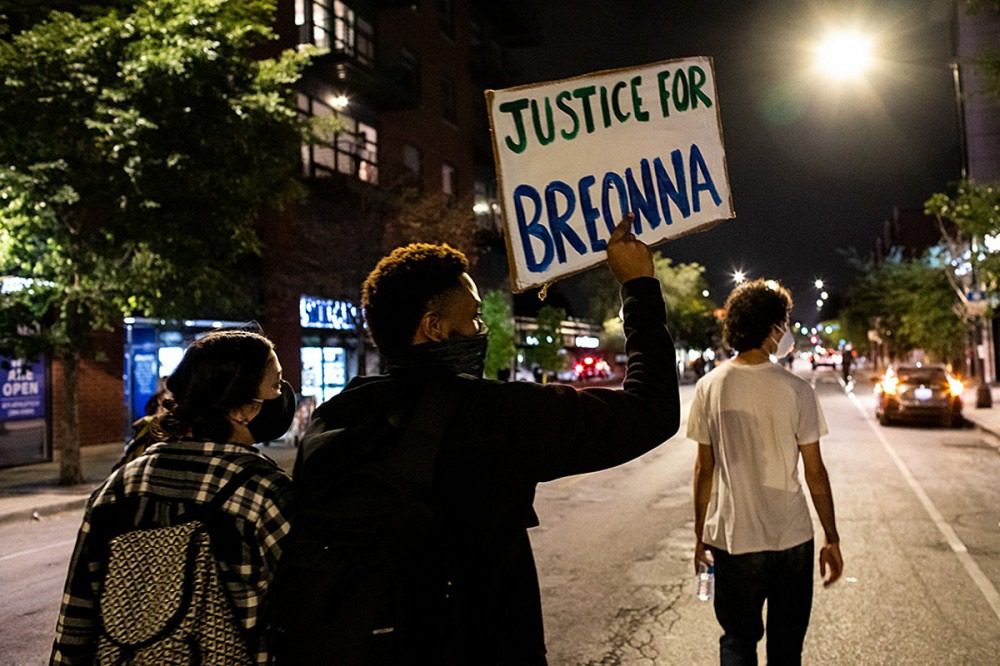 Rappers have united in the call for justice for Breonna Taylor following the grand jury's decision yesterday (Sept. 23), which didn't charge any officers involved in her death.

According to CNN, it was announced on Wednesday afternoon that former Louisville police officer, Brett Hankison, one of three officers involved in Taylor's killing, was charged by a Jefferson County grand jury with three counts of wanton endangerment in the first degree. The charge stems from the shots that were fired into the apartment of Breonna Taylor's next-door neighbor while officers were at her home serving a "no-knock" warrant. The charges did not pertain to the several bullets fired into the 26-year-old emergency room technician's home on March 13, which killed her. None of the other officers were criminally charged, nor were any officers charged in Taylor's death.

The outlet reports that officers were seeking Taylor's boyfriend as part of their narcotics investigation, which was the reason for them executing the warrant at her home, but no drugs were found.

The charge is considered a class D felony, which is the lowest of the four classes of felonies in Kentucky law. A wanton endangerment charge carries a maximum sentence of five years in prison and a minimum sentence of one year.

Brett Hankison was placed on a $15,000 cash bail. He turned himself in yesterday, satisfied the bail and was later released.

The grand jury's decision sparked nationwide protests in Louisville, Ky., New York City, Los Angeles, Chicago and more. Members of the hip-hop community are also speaking out against the indictment via social media.

"Amen 🙏🏽 shit is sooo sad and discouraging," Cardi B tweeted in response to a Twitter user who said, "'None of the officers will be charged for the actual death of Breonna Taylor.' my heart hurts. people have taken to the streets, mobilized and yelled for some kind of justice to be taken and once again, these police officers get off free."

Meek Mill also shared an Instagram post, which said, "Breonna, I'm so sorry. So sorry that your neighbors' walls received justice before you did." He captioned the upload, "We had to be rebels knowing our country never valued us!!!."

T.I. reposted the same message with a caption saying that he is speechless at the jury's decision.

A host of other artists have spoken out on the injustice and their reactions can be found below.

El-P of Run the Jewels