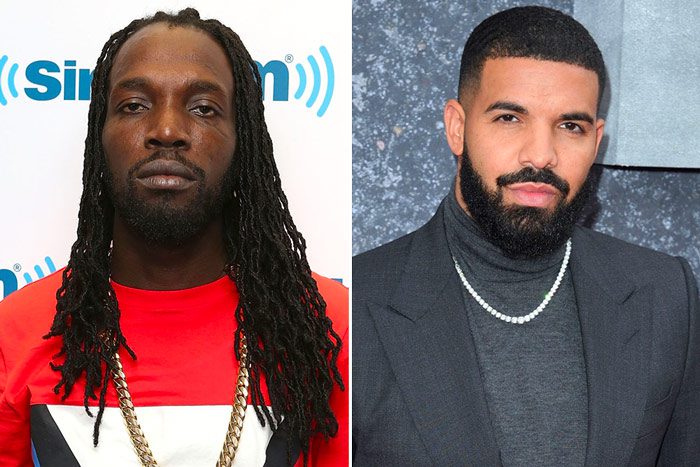 Mavado is coming for Drake on his new diss track “Enemy Line.”

Earlier this month, the 6 God dropped his “Only You Freestyle” with Headie One on which he seemingly took shots at the dancehall superstar by referencing Cassava Piece, Mavado’s hometown in Kingston, Jamaica.

“With Pop Skull in Gaza, but not that Gaza, but still it’s a mazza / Ni**as want peace like Cassava / But we let bridge dem burn like grabba,” Drizzy raps. “Four in the cliz and one in the headie / Hand no shake, man, hold that steady / You man love pose with the ting for the picture / You man shoulda buss dat ting already.”

According to HipHop-N-More, Drake and Mavado were reportedly working on a joint business venture, but the deal fell through, which Drake references with the “bridge dem burn” lyric.

Mavado, who appeared in Drake’s “Find Your Love” video, has now responded with his “Enemy Line” diss where he takes aim at Drake and Popcaan. “Tell soft and fake likkle sheep, like Mormon, die trying but you will never be a yard man,” raps the Gully God. He also references Drake’s recent vacation in Barbados (“Wait, yuh nuh see say dem head man fi buss, catch him pon a yacht bout dem a play Candy Crush”).

Along with the song, Mavado took to Instagram to address his rival and his appropriation of dancehall. “You are not from Dancehall,” he captioned his post. “You have no Power in Dancehall n everybody know who introduce you to Dancehall so don’t feel like you can come disrespect Gully take that out you brain n don’t dweet again.”

Suh yuh wa be like wi, and try style the thing. Remember this Dancehall a mi play ground, Dancehall is my job. I’ve been a superstar over 15yrs and created countless hit songs in my genre while developing my unique singjay style of which The new generation is all about today solidifying the craft 👊🏽🔥. You are not from Dancehall You have no Power in Dancehall n everybody know who introduce you to Dancehall so don’t feel like you can come disrespect Gully take that out you brain n don’t dweet again. 🇯🇲

Following Mavado’s clapback, fans have weighed in with their reactions.

Drake waking up to see Mavado dissed him pic.twitter.com/MZEuzKylb5

Drake summoning Partynextdoor from the ovo dungeon to write a patois diss response to mavado pic.twitter.com/ok1cTLrA3F