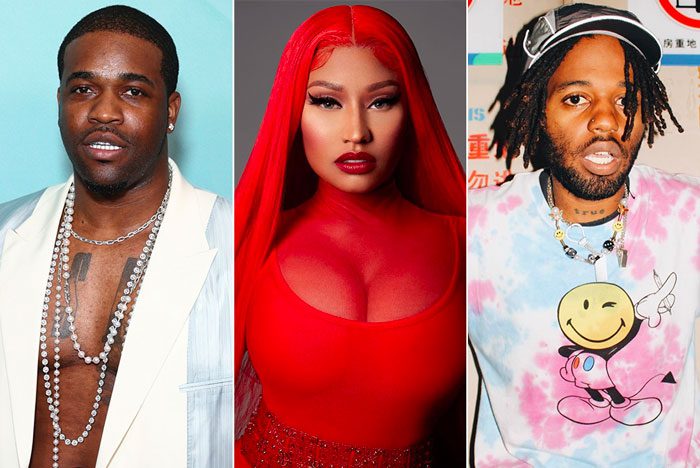 After much anticipation, the Harlem rapper unleashes his summer-ready collaboration with Nicki Minaj, which comes complete with a hook from MadeinTYO. Over the Frankie P-produced track, Barbie bodies the beat with her ferocious flow.

“Straight from out of Queens, headed to Harlem now,” raps Mrs. Petty before Ferg responds, “I got the panda mink on and it’s brawlin’ now.”

The two previously teamed up on the remix to “Plain Jane” in 2017. “The Queen bodied that shit,” Ferg told fans on Instagram Live. “I don’t know who want it with this duo right now. New York’s finest.”

Ferg recently hit the studio with Marilyn Manson and is readying a new project, his first since his 2019 EP Floor Seats.

“Move Ya Hips” follows Nicki’s collaborations with Doja Cat (“Say So”) and 6ix9ine (“TROLLZ”), which both hit No. 1 on the Billboard Hot 100. Earlier this month, she announced that she is pregnant with her first child.