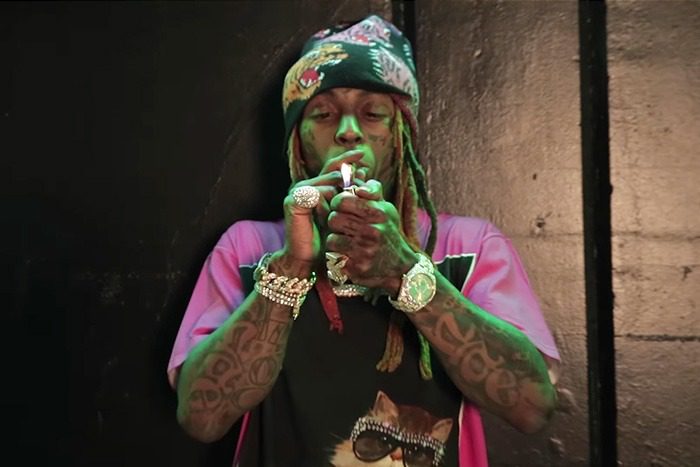 Weezy is living that “Thug Life.”

“It’s a cold world, hope the sun shine forever / We got one life, whatever / Bitches f**k like we devils,” he raps before the beat switches up and Gudda Gudda and Wayne trade bars.

The video, directed by Ricky Willis, was shot at Weezy’s skatepark and features animation by Wayne and Olivia Cohen. Sipping from a Styrofoam cup and smoking a blunt, the Young Money chief holds it down while surrounded by his crew.