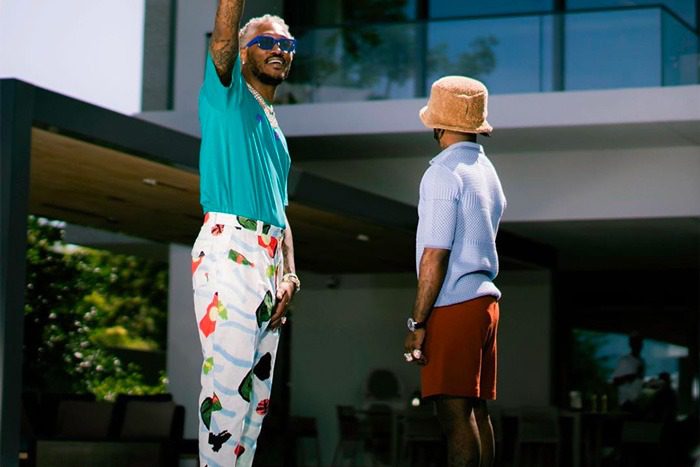 Pluto and Baby Pluto have landed.

After teasing their mysterious collaboration with a Hype Williams-directed trailer earlier this month, Future and Lil Uzi Vert unleash a pair of new tracks, “Over Your Head” and “Patek.”

On the futuristic two-pack, the frequent collaborators exchange verses about their lavish lifestyles, while touting designers, drugs, and women.

Uzi, who is celebrating his 26th birthday today, dropped his long-awaited album Eternal Atake and the deluxe, LUV vs. The World 2, in March. Future’s album High Off Life was released in May and was recently certified platinum. This week, he earned three nominations at the 2020 MTV VMAs including Video of the Year for “Life Is Good.”

This is the latest collaboration from the two, who previously teamed up on tracks like “All Bad,” “Wassup,” and “Too Much Sauce.” They are now reportedly readying a joint project for release in the near future.