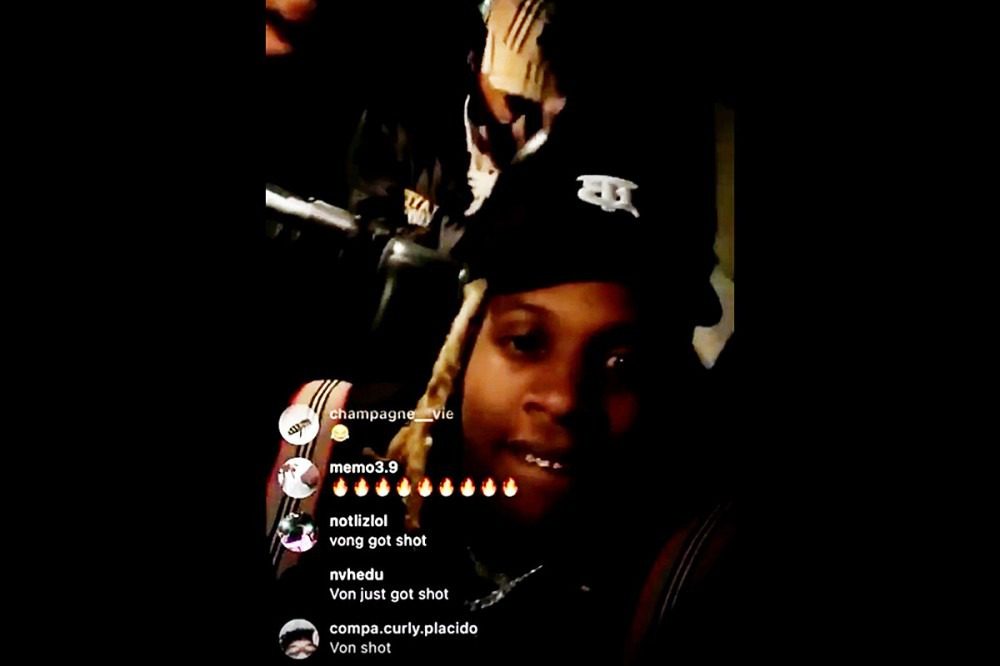 While many hip-hop fans heard the news about King Von being shot and killed in Atlanta earlier today once news reports surfaced, unfortunately, Lil Durk, found out from his supporters in a shocking way.

On Friday (Nov. 6), following the news of King Von's death in Atlanta, a video from an Instagram Live hosted by Lil Durk showed the moment the 28-year-old rapper was seemingly alerted to the shooting of his childhood friend.

While Durk was on IG Live entertaining his fans rapping along to Pooh Shiesty's "Back in Blood" featuring Lil Durk, fans began commenting messages like "Von just got shot" and "King Von got shot." In the beginning of the clip, Durkio holds his phone above his head, showing off the men joining him in a moving vehicle. As the video continues, the moment Durk seemingly realizes the message his fans are trying to convey, he immediately ends the live session.

Durk and King Von's relationship goes back to their upbringing in Chicago, specifically the O'Block area, where the two were grew up. In 2018, Lil Durk signed the 26-year-old rapper to his Only The Family label imprint. Von subsequently signed to EMPIRE with OTF after that. The two rappers have collaborated several times over the years including 2019's "Crazy Story (Remix)" and "Like That" as well as "All These Niggas" released this year. Durk even brought Von on tour with him as the rising rapper was making a name for himself in the rap game.

Earlier today, reports began circulating that an altercation and shooting took place outside of Monaco Hookah Lounge around 3:20 a.m. in Atlanta this morning, which resulted in King Von's death. The Georgia Bureau of Investigation identified King Von as one of the three men killed during the police officer-involved shooting in a tweet this afternoon, writing, "The GBI is investigating an OIS involving APD Officers. Six men were shot during a group altercation and officer encounter. Dayvon Bennett, aka King Von, and 2 men have died. Three men are injured." Cops reportedly arrived on the scene after Von had already been shot during the altercation.

The Atlanta Police Department also released this statement regarding the incident.

"It is our understanding Dayvon Bennett, aka King Von was shot and killed during this morning’s shooting and we are seeing rumors being spread indicating he was shot and killed by APD officers. At this time, our investigators believe Mr. Bennett was shot during the initial shootout between the two groups of males, prior to police responding and attempting to stop the shooting. Additionally, Mr. Bennett was not located at the scene, but arrived at a hospital shortly after the shooting, via private vehicle. The investigation into this incident remains open and very active."

Our prayers and thoughts go out to King Von's family and friends and Lil Durk during this time.