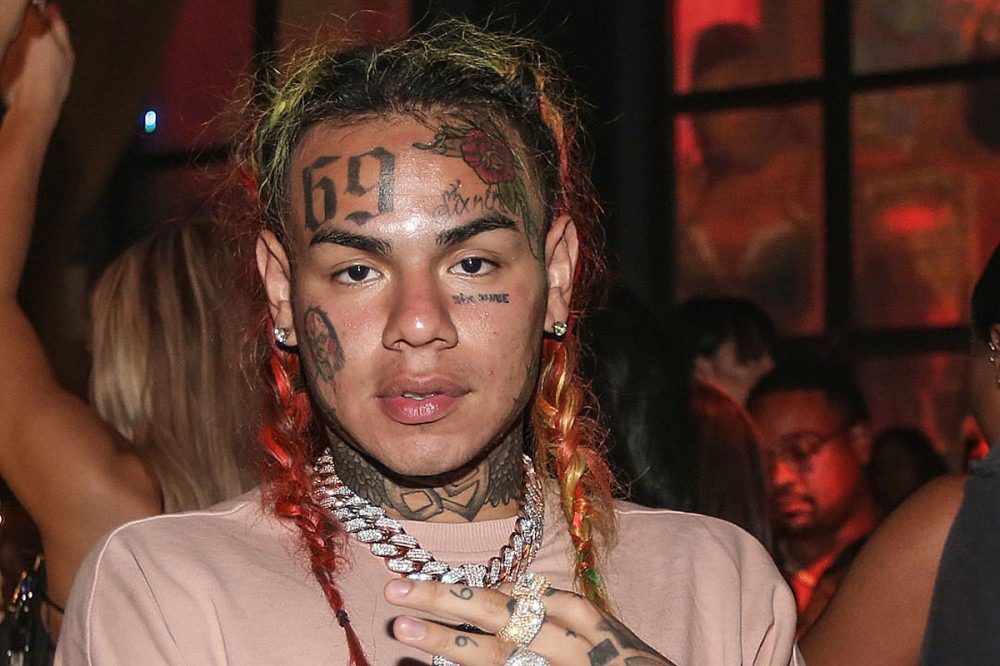 6ix9ine is trending on Twitter after he left comments on Instagram replying to Lil Durk's reaction to King Von's shooting and death.

On Friday (Nov. 6), 6ix9ine first replied with a laughing emoji in the Instagram comments section of DJ Akademiks account that featured a video of Durk appearing to find out King Von died. The Chicago rapper was on his Instagram Live earlier today when fans began leaving comments that Von had been shot. He was playing music, but once the replies started coming in, his demeanor changed. You can watch the video of Lil Durk finding out that King Von had been shot here.

Tekashi later replied to a rip and reposting of the video. See his comment below.

Following the news of King Von's death, Durk posted a picture of Von on Instagram with the caption, "MY TWIN GONE. I LOVE YOU BABY BRO – D. ROY."

6ix9ine responded to the OTF leader's IG post, referencing Durk's cousin, who has also passed away. "Nuski now von AND you still rapping go pick up a gun," he wrote, ending it with laughing emojis.

People on Twitter have been tearing Tekashi apart for his comments. He's currently trending at No. 5 in the United States. Read what people are saying below.

King Von was involved in a shooting that took place outside Monaco Hookah Lounge in Atlanta this morning (Nov. 6), which resulted in his death. The Georgia Bureau of Investigation confirmed Von's death in a tweet this afternoon, writing, "The GBI is investigating an OIS involving APD Officers. Six men were shot during a group altercation and officer encounter. Dayvon Bennett, aka King Von, and 2 men have died. Three men are injured."

Durk and Von have a long history together. Durk signed the fellow Chicago rapper in 2018. The two have collabed many times over the years, including on songs such as "Like That" and "Crazy Story (Remix)."