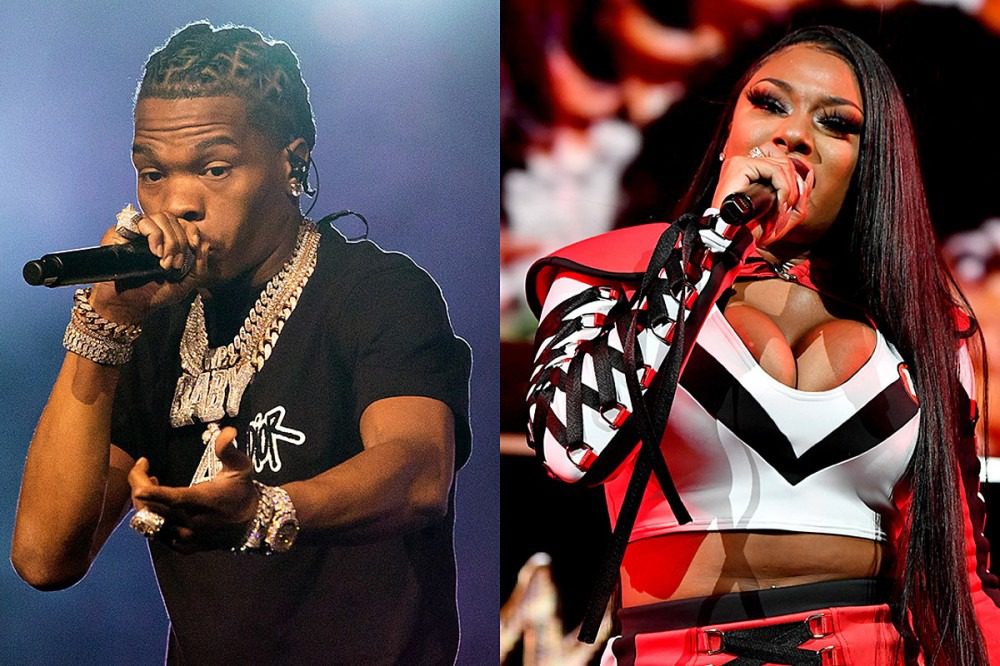 People on social media are sounding off on Megan Thee Stallion taking home the Hip-Hop Artist of the Year Award over Lil Baby at this year's BET Hip-Hop Awards.

On Tuesday night (Oct. 27), the BET Hip-Hop Awards crowned Megan with the nod over Lil Baby. However, many people feel that Baby was robbed as he's had a pretty successful year thus far. The Atlanta rhymer earned 13 platinum and 16 gold RIAA certified singles this year. Two of his albums, Harder Than Ever and My Turn, went platinum while Street Gossip and Too Hard went gold, which was pointed out by fans on Twitter, too.

Another said, "How does Megan The Stallion win Hiphop artist of the year ahead of Lil Baby ffs."

Megan celebrated the win via Instagram. "HipHop Artist of the year, Hustler of the year, Best collaboration LETS GO HOTTIES REAL MF HOTGIRL SHIT thank you @bet," she wrote in the post's caption.

Drake, DaBaby, Future and Roddy Ricch were also nominated in the category.

Megan also took home awards for Best Collaboration for "Savage (Remix)" featuring Beyoncé and Hustler of the Year. Lil Baby walked away with the Impact Track nod for his anthemic record, "The Bigger Picture," which was released amid the nationwide protests for George Floyd, Breonna Taylor, Ahmaud Arbery and countless others who have died at the hands of police brutality.

Nonetheless, Megan has had a great year in music as well. She received her first No. 1 on the Billboard Hot 100 with the remix to "Savage" with Beyoncé. The Houston native also teamed up with Cardi B for "Wap," which marked her second top-charting record. Not only did "Wap" earn 93 million U.S. streams in its first week, the track was also the first female rap collaboration in history to debut at the top spot on the Hot 100.

Despite the noticeable social media chatter, neither Megan nor Baby have spoken on the public's opinion surrounding the BET Hip-Hop Awards' decision for Hip-Hop Artist of the Year. However, more reactions to the news can be found below.