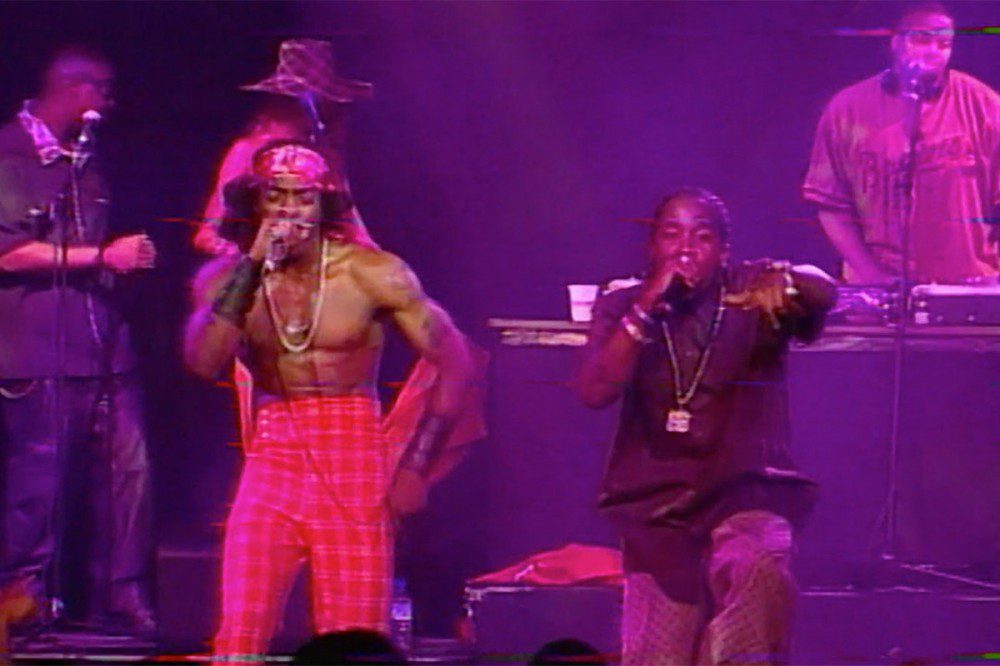 OutKast hitting the stage is a rare occurrence these days, which means any opportunity to catch a throwback performance is welcome. In honor of André 3000 and Big Boi's classic  Stankonia album celebrating its 20th anniversary this week, tap in to see a the ATLiens perform their lauded hit "Ms. Jackson" in a previously unreleased from 2000.

The Atlanta duo grace the stage at the former BMG (Bertelsmann Music Group) company convention in Canada in July of 2000. OutKast performed the Stankonia album in full to music industry executives several months before the album was released later that year on October 31, 2000. Three Stacks and Sir Luscious Left Foot perform what went on to be the hit song “Ms. Jackson.”

Accompanied by three backup singers (including Sleepy Brown), two guitar players and their DJ, André 3000 and Big Boi's palpable energy commands the room as they invite the crowd to put their hands together before they deliver the iconic lyrics "I'm sorry, Ms. Jackson, ooo/I am for real/Never meant to make your daughter cry/I apologize a trillion times."

André's ’fit is reminiscent of the Stankonia album cover as he goes shirtless and rocks a scarf around his flowing hair with fitted tartan pants while Big Boi opts for a more relaxed look in an oversized black T-shirt.

This throwback performance arrives two days before the Stankonia album is available as a vinyl reissue and expanded digital album that includes new remixes of the LP’s biggest singles. On Oct. 30, OutKast fans will have access to digital bundles of "B.O.B. (Bombs Over Baghdad)," featuring three previously unreleased remixes: Cutmaster Swiff Remix, Zack de la Rocha (Rage Against The Machine) Remix and Beat Bullies Remix; as well the Mr. Drunk Remix of "Ms. Jackson," the Stankonia Remix of "So Fresh, So Clean." Each song comes bundled with instrumental, a cappella and remixed versions in state-of-the-art 16 Bit sound.

Vinyl Me, Please, touted as the "best damn record club out there," will release a collectible 20th Anniversary 2LP edition of Stankonia pressed on 12-inch black and white galaxy vinyl. The new vinyl will be available to VMP members as the club's Record of the Month for October 2020 and includes an exclusive art print.

Watch OutKast perform "Ms. Jackson" in this previously unreleased footage from 2000 below.