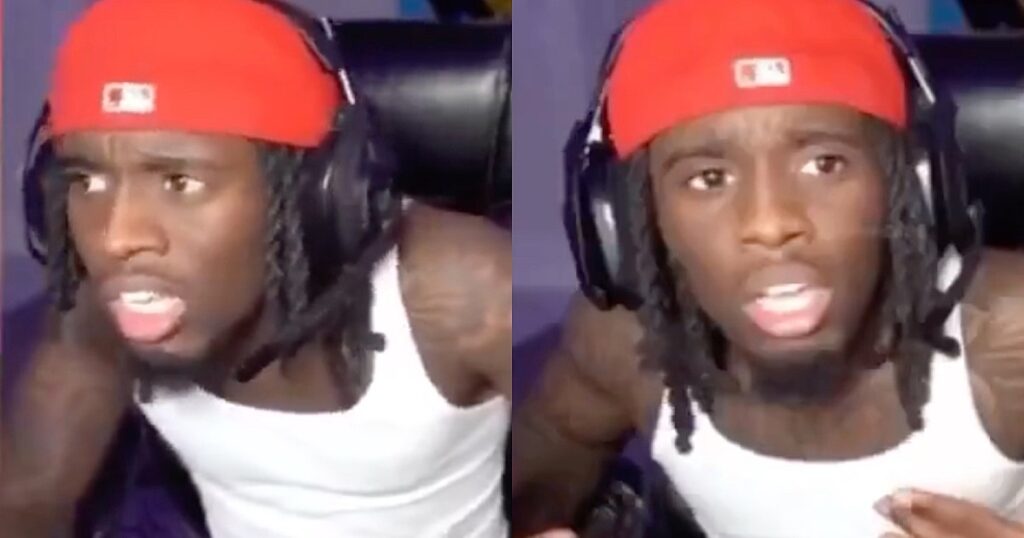 On Saturday (Jan. 21), a clip surfaced of Kai Cenat on Twitch listening to Trippie Redd‘s song “Fully Loaded,” featuring Future and Lil Baby from Trippie’s just-released album, Mansion Musik. In the video, Kai is listening very intently to Lil Baby‘s lyrics but his facial reaction to the Atlanta rapper’s verse show that he was disgusted by what he heard.

“What the fuck, bro?” he said after he stopped the music. “You know my expectations is here,” he added with his hand raised above his head. “Did you just moan in the mic?”

On Twitter, fans found the clip hilarious as they tried to decipher what Kai Cenat was thinking in his head when he heard Lil Baby‘s verse.

“Bro Kai is funny Af I been saying that about Lil Baby Since ‘Hey’ [four rolling on the floor laughing emojis and three man shrugging his shoulder emojis],” wrote a fan.

A third person declared: “That verse trash @lilbaby4PF[.] He know he could’ve done better. I rock wit him too!!”

This isn’t the first time Kai has gone viral with his weird facial expressions. At a New Year’s Day party, the Twitch streamer was caught on video rolling his eyes while he was stuck in the middle of A Boogie Wit Da Hoodie and his girlfriend, Ella Bands, in a heated argument.