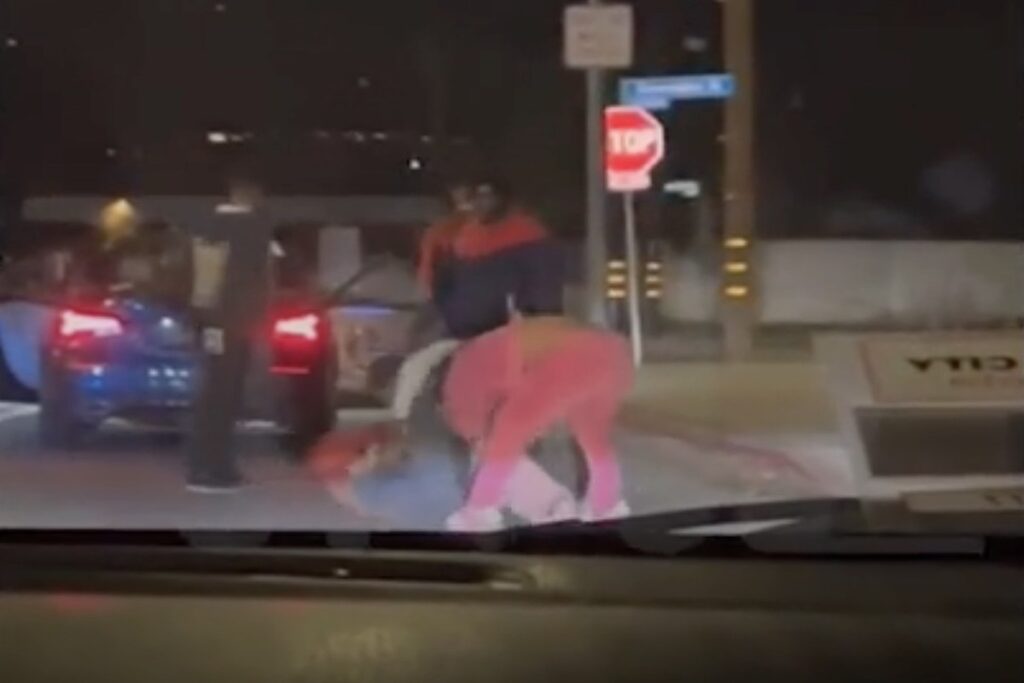 Chrisean Rock reportedly got into a fight with multiple women hours after making her pregnancy announcement on social media over the weekend.

On Sunday (Jan. 22), TMZ posted a video of Chrisean Rock in a physical altercation with multiple women while trying to get Blueface in a car to leave with him. In the clip, an eyewitness is filming the fight, which reportedly occurred near Blue’s home. According to the media outlet, Chrisean dropped in unannounced at the Los Angeles rapper’s home while he was having his 26th birthday party on Friday (Jan. 20) and tried to lure him away.

Apparently, when Chrisean was trying to get Blue into her car so he could leave with her, a brawl erupted between her and two other women at the scene. In the video, Chrisean is wearing the same pink sweatsuit she wore when she made her pregnancy announcement on social media.

At one point, Chrisean is on the ground fighting with a woman who has no shirt on. As another person tries to separate the two, the woman grabs Chrisean‘s hair and refuses to let go. Shockingly, Blueface and another man are watching and not intervening.

TMZ reports the eyewitnesses told them that both parties went their separate ways after the skirmish. It’s unclear if they met up somewhere else.

Nevertheless, the video is disturbing because Chrisean is pregnant and should not be fighting while in her state of motherhood. Furthermore, Blueface is also denying he’s the father of the child and has said that he’s “officially done” with Chrisean. So the stress can’t be good for her or for the baby.

However, the couple may have met up and celebrated Blue’s birthday. On Sunday (Jan. 22), Chrisean posted on her Instagram page a photo of a birthday cake featuring cartoon drawings of Chrisean and Blueface together. The inscription reads, “Happy Birthday Daddy Bluuu!”

XXL has reached out to Blueface‘s rep for comment.

Rappers With Either Twins or Triplets