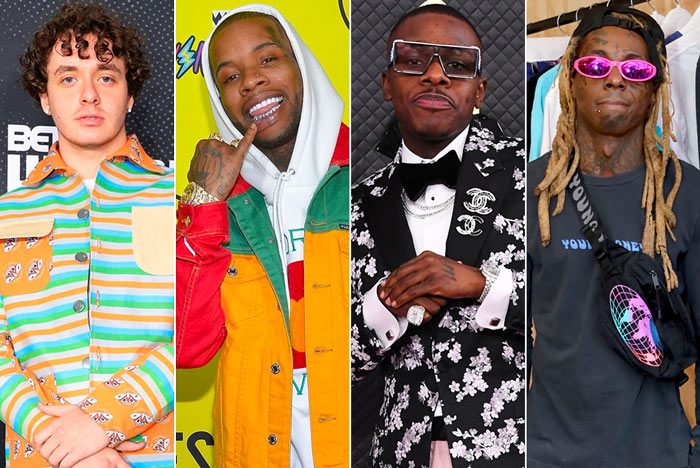 Jack Harlow is back with the remix.

The Louisville rapper calls on DaBaby, Tory Lanez, and Lil Wayne for the star-studded remix to his platinum hit “WHATS POPPIN.” Following a brand-new verse from Jack, DaBaby shows out with some rapid-fire rhymes, followed by Tory, who spits flames over the JetsonMade and Pooh Beatz-produced hit. Weezy explores his options on his closing verse.

The original version, which appears on Jack’s EP Sweet Action, has amassed 370 million streams worldwide and peaked at No. 16 on the Billboard Hot 100.

“‘WHATS POPPIN’ dropped at the top of this historic year and things haven’t been the same for me or the world since. I knew the record was special, but it continues to exceed my inner circle and I’s expectations,” said Jack.

“Getting DaBaby and Tory Lanez on the record is very exciting, especially because they both delivered. But Lil Wayne hopping on is a dream come true; a real bucket list achievement. Something I can say was done for the place I’m from – Louisville, Kentucky. This is a moment all of my city and state can be proud of despite these difficult times. Thank you to my fans for making this go so far, because without them I wouldn’t have any of it. To the top we go.”

Jack has been keeping busy during quarantine, collaborating with G-Eazy (“Moana”) and Smokepurpp (“Tide Pen”), and contributing “Yikes” to the SCOOB! soundtrack.