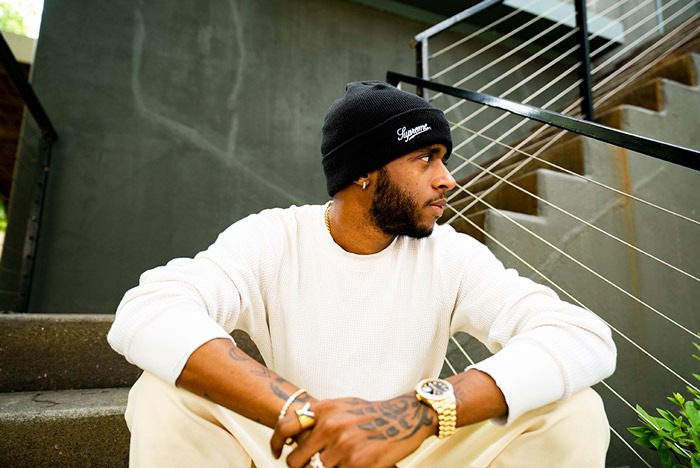 In honor of his birthday, the ATL crooner serves up his new single “Float,” but he’s not in the mood for celebrating.

The melancholy track finds 6LACK in his feelings in the midst of trying times. “Singing my pains while I’m listening to T-Pain / If you took me for granted, that’s a shame / Make sure you love me ‘fore the world go out in flames,” he sings.

“I’m just tryna stay afloat,” he adds before asking, “Can we turn it around before we crash?”

“Float” follows “ATL Freestyle” as the second release from 6LACK’s upcoming EP 6 PC HOT, which arrives Friday. Along with the project, he is set to release his own hot sauce called 600 Degrees.

“Don’t let me catch you putting nun else on your wings this summer,” said 6LACK, while sharing a promo for the sauce.