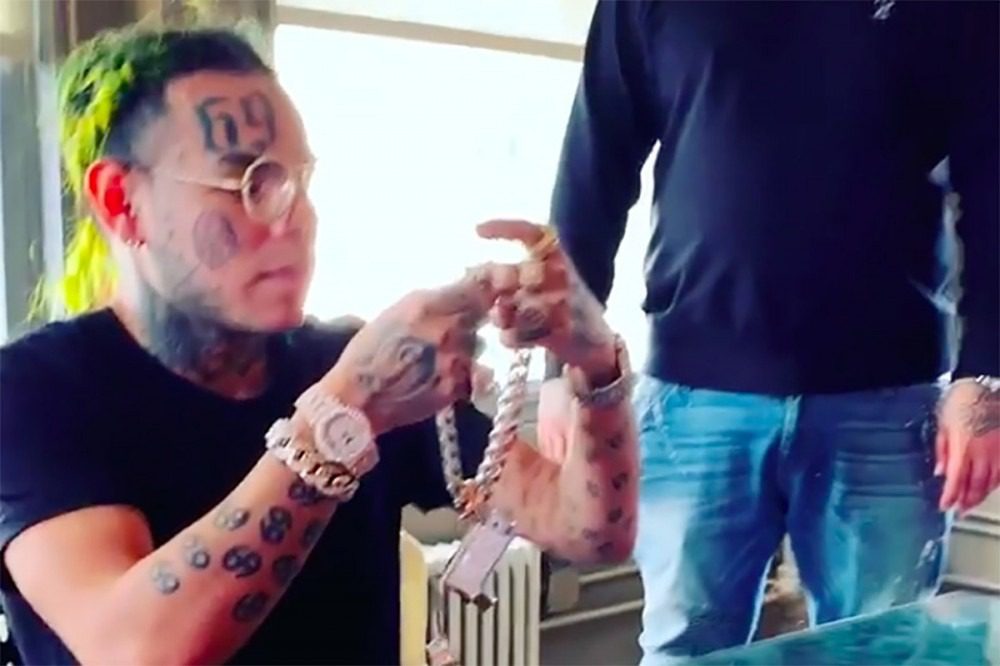 Rappers rarely hesitate when it comes to dropping a bag on themselves, but they also don't mind spending racks on their peers. From cars, to jewelry and everything in between, members of the hip-hop community have gifted each other some of the most extravagant gifts imaginable and we've compiled a list of some of those items.

Remember the time Jay-Z gave out Rolex watches as a party invite? Back in 2019, Hov gave VIP status a whole new meaning. Instead of going the calligraphy on nice parchment paper route to invite people to his Shawn Carter Foundation Gala, he sent out bottles of Ace of Spades champagne, which costs about $300, and rose-gold Rolex Cosmograph Daytona watches, which have a price tag of nearly $40,000. Big money, to say the least. Meek Mill and Swizz Beatz were among those to receive the wrist-piece and shared their excitement via social media. "Hov sent these as vip passes smh this rich shit is getting out of control," Meek said. "I'm not joking lol," he added. As for Swizzy, the beatmaker shared a photo of the luxury watch and bottle of bubbly on IG and said, "Hov is on another level with the invite game."

Last month, Kanye West gave 2 Chainz an early birthday gift: a customized Sherp Pro ATV. A Sherp Pro ATV is a Russian-Ukrainian manufactured all-terrain vehicle that can ride over boulders, fallen trees, marshes, deep snow and much more. The company, which was founded in 2012, makes several other models, but for Chainz's 43rd birthday, Yeezy gave him the pro model. The Sherp Pro ATV is worth somewhere north of $120,000.

Then, there was the time in 2014 when French Montana and Khloe Kardashian gave Diddy a pearl white Cadillac Escalade truck for the mogul's 45th birthday. Completely stunned, Puffy graciously accepted the $70,000 SUV. "Oh my God! What the fuck is this?…You know only niggas from Harlem give pearl trucks," Diddy said before embracing French with a hug.

Take a look below to see more of the high-price tagged gifts that rappers have given each other.