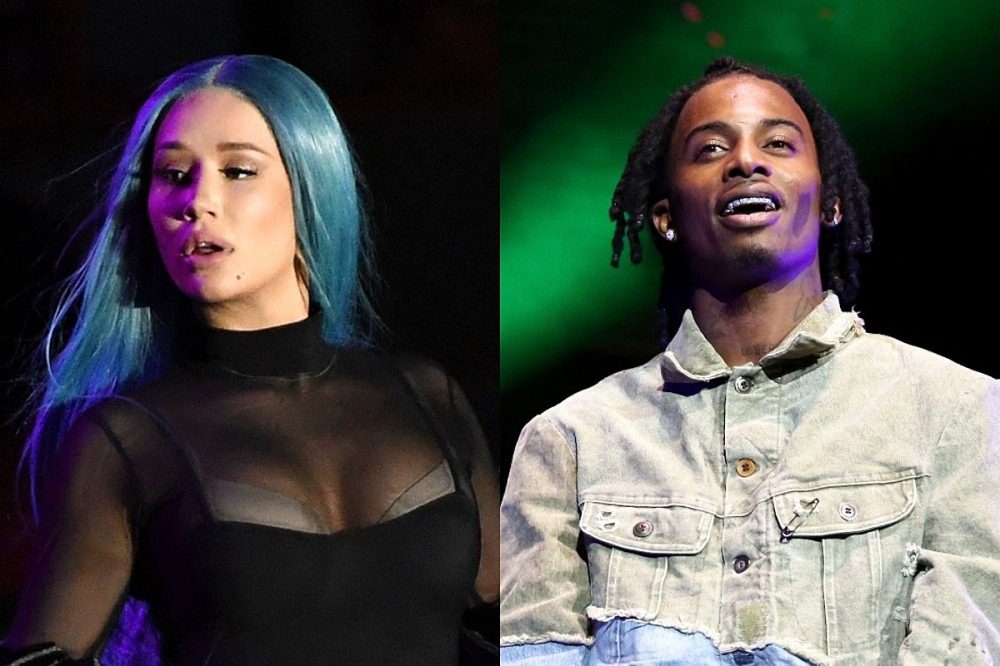 Iggy Azalea is giving Playboi Carti's fan a crumb of information about the impending release of the Whole Lotta Red album.

During a chat with fans on Instagram Live, which surfaced on the internet on Wednesday (Sept. 30), Iggy Azalea confirmed that while she may know when Playboi Carti's Whole Lotta Red album will be dropping, she cannot share that secret with fans.

"I'm not ignoring the Carti comments," the 2012 XXL Freshman started. "It's just that I already said he's not here. He's at the studio, and I can't tell you when Whole Lotta Red is dropping. That's a secret, you know? I could never tell his secrets."

Iggy Azalea's talk about the highly anticipated Carti album stopped there. Since the LP was first announced in 2018, fans won't stop asking when this project can be expected to arrive. Leaks are rumored to have stalled the album for more than two years. In April of this year, Carti released the single "@ Meh," and shortly after, his loctician came forward with news that the Atlanta native will be delivering an 18-track album. These were small glimmers of hope that Carti would be dropping the LP sooner than expected, but nothing has come yet.

The 24-year-old rapper has yet to announce when he will be dropping his next project, but he and the "Fancy" rapper recently dropped a baby. In June, the Australian-bred rapper introduced her son Onyx, who is rumored to be fathered by Carti, to her fans. Though Carti has yet to confirm the newborn son formally, baby Onyx does share Carti's last name, Carter.