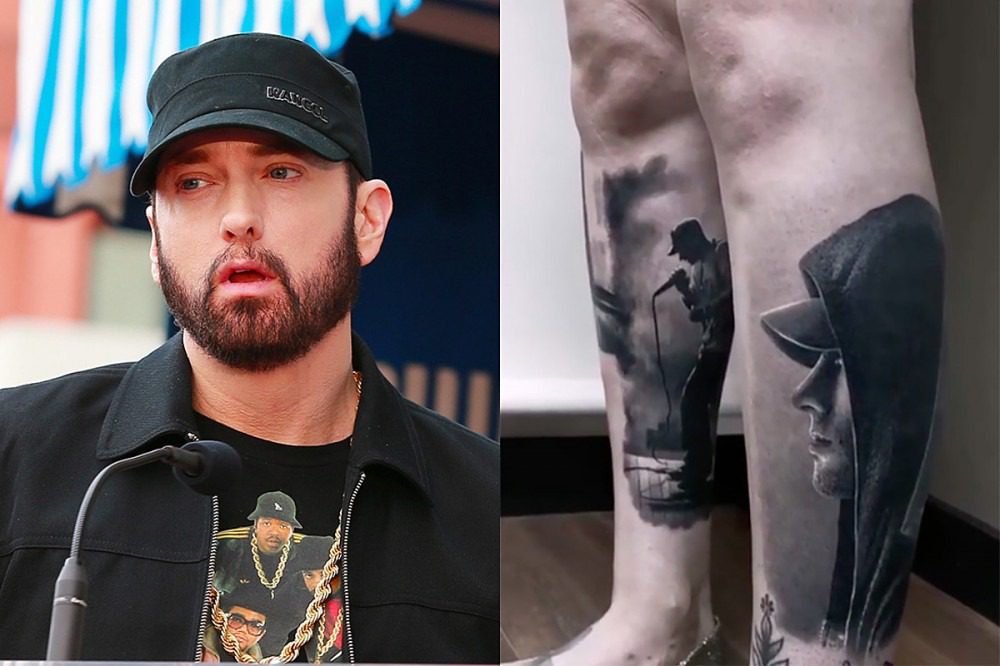 Some fans show their dedication to their favorite rappers in unique ways.

According to a report from Inked Mag on Wednesday (Sept. 30), a woman named Nikki Patterson of Aberdeen, Scotland has broken the Guinness World Record of having the most tattoos of the same musician tattooed on the body. Her artist of choice? Eminem.

At the time when Nikki broke the record, she had 15 portraits of the rapper on inked on her. She has since gotten one more, bringing her Em artwork count up to 16. The woman has 28 tats related to the veteran MC, but of those 28, 16 are portraits. She accomplished the feat back in March, just before the height of the coronavirus pandemic.

Nikki apparently got her first tattoo of Slim Shady when she was 19 years old. She is now 35. However, she says the portrait tats began a few years back. "The portraits began three years ago, and I loved everything about them," she told the BBC. "I adored them and had to get more. He's been the one constant in my life, and I have seen him perform live."

The Scotland native has tattoos of Eminem on her arms, legs, chest and fingers, and she says she's losing count. Next level fan devotion, for sure.

Speaking of Em fans, Fat Joe, who reveres the Detroit native as well, recently revealed on his Instagram Live The Fat Joe Show that Eminem called him up and tried to talk him out of retirement. While chatting with fellow Michigan rhymer Big Sean on the show, Joe said, "You know, Em called me last week – I don’t want to keep throwing his name around–but the man was trying to talk me out of retirement last week. This is all I ever wanted my whole life, for one of the rap gods like to call me and tell me, ‘Yo Joe, you nice. You need to get back in there.'"

The topic actually came up after Sean named his top five rappers—dead or alive—and included Eminem.

It's evident that Em gets fan love from everyday folks as well as his rap peers. Nonetheless, see more of Nikki Patterson's tattoos dedicated to the rapper below.

Lyric: "Take it back to Fat Pete's with a maxi single/Look at my rap sheets, what attracts these people/Is my gangster, bitch, like Apache with a catchy jingle"