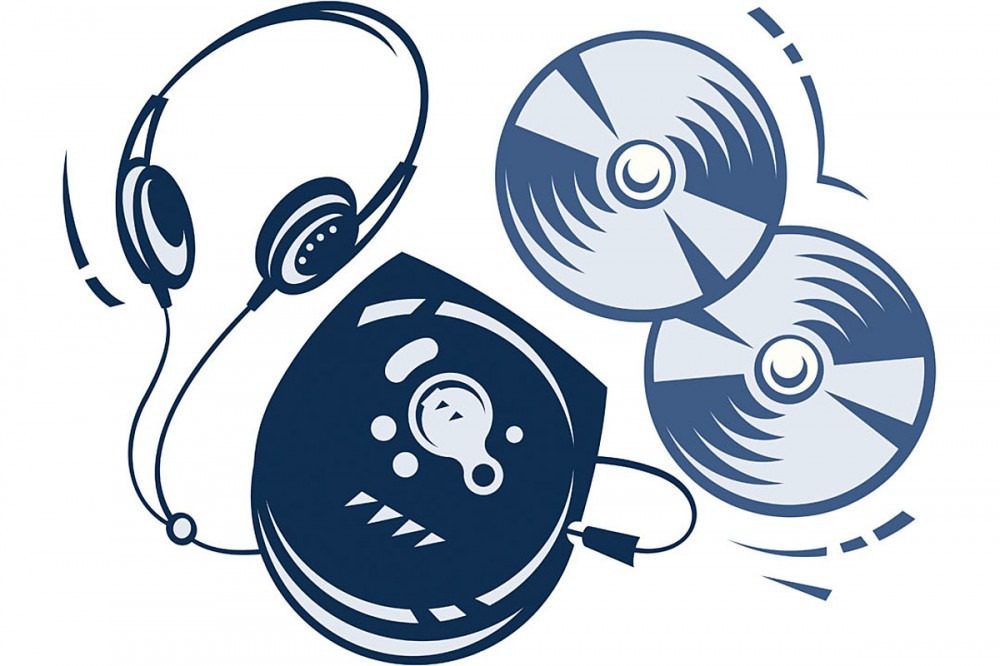 Music technology is so advanced these days that you can listen to a rapper's music for years without ever having to buy a physical album. If there's an iPhone, Android or computer within reach, there's most likely an album or song at your fingertips—and you never have to leave the comfort of your home to get it. But the journey to get to this point wasn't always so easy.

Long before the days of Bluetooth earbuds and streaming numbers, there were CD players, whether handheld, part of home stereo systems, a boombox or in the car. This was the way you listened to your preferred rap tunes, but only after you went to the local retail store, mom and pop shop or in the streets to buy a CD (in single or album format). You had to do the leg work to get the rap you wanted. Whichever artist was popular at the time, CD players were the go-to way to listen to your favorite rapper’s music.

American inventor James T. Russell is the man to thank for the CD player. He invented the first system to record digital information on an optical transparent foil lit from behind by a high-power halogen lamp. In 1966, he filed a patent application and, four years later, was granted a patent in 1970. By 1974, companies Sony and Philips were developing their own version of Russell’s design. Eventually, they licensed Russell's patents.

The compact disc changed everything. Nearly five inches in diameter and less than a quarter-inch thick, the disc made music more portable, produced superior sound in comparison to the then-popular cassette tapes and changed audio as we knew it.

Sony introduced the CDP-101, the first CD audio player to market, on Oct. 1, 1982, at around $800—fittingly, Oct. 1 is National CD Player Day. CDs officially released in America in 1983, starting off with an in-home CD player, somewhat the size of a VCR (remember those?), then followed by a CD player small enough to install into a car and a handheld player. By the early 1990s, CDs were the dominant music medium, and took up a huge space in pop culture and within hip-hop. As the years passed, the yellow Sony CD Walkman D-E220 was a must-cop item to bump the newest rap releases.

The first rap album that was reportedly ever pressed to CD was Run-DMC's King of Rock in 1985. A year prior, the first portable CD player created by Sony arrived. As someone born in the late 1980s, the first CD memories come a bit after that, when my mom bought my first CD, Q-Tip's 1999 album, Amplified—she loves him, he's a legend and "Vivrant Thing" was huge at the time. While that CD was thoroughly enjoyable, the first two CDs purchased with my own money were Jay-Z's 1999 album Vol. 3 Life and Times of S. Carter and Ruff Ryders' 1999 LP Ryde or Die Vol. 1.

Both Hov's Vol. 3 and Ruff Ryders' Vol. 1 CDs were life-changing as a rap fan because, aside from the music being exceptionally good, there was the option to skip from track to track with ease when using a CD player. Cassette tapes—the initial ways everyone listened to music back in the day—required you to rewind and fast forward, both of which were time-consuming and the tape could pop.

Placing a new rap CD into a CD player was a memorable experience back then, especially on the first run. Popping in the CD, pressing play and hearing Jay-Z say, "Yeah, I know you just ripped the packaging off your CD/If you like me, you reading the credits right now" on "Hova Song" for the first time is forever ingrained in your brain. There was an option to turn up the bass, too, which made the listening experience on a whole other level. And when the evolution of shock protection arrived, that meant the disc wouldn't skip when walking around with it or sitting on a particularly bumpy bus ride if you had a Walkman.

Thanks to the CD player, the Yasiin Bey, f.k.a. Mos Def, listening experience was also introduced to me while hearing my mom's Black on Both Sides CD. Then it was A Tribe Called Quest due to my father's The Low End Theory disc.

Childhood sleepovers were rife with everyone bringing their favorite CDs over and exchanging their tastes; a more tangible version of sending your friends a Spotify playlist. On top of that, rap fans shared, traded, borrowed and burned CDs regularly. If you failed to return a coveted hip-hop classic to a friend or family member, chances are that was the end of a friendship or you had to pay up.

CD players have been around for some of the most important albums in hip-hop history. Hip-hop fans from all over the world were at home, walking and driving around while CDs like Jay-Z's Reasonable Doubt (1996), OutKast's Aquemini (1998), Fugees' The Score (1996) and Juvenile's 400 Degreez (1998), to name a few, were bumping in their player of choice.

By the late 2000s, the same technology that extended the lifeline of CDs and CD players is what also put them out of style. MP3s, those small audio files that could easily be listened to on the internet, saw their moment in the sun in the late 1990s. Their big pop culture breakout moment occurred in 1999, thanks to the program Napster. Music fans everywhere were spending hours on their computers burning pirated MP3s to CDs and burning mixes onto blank discs. Those big, bulky boomboxes and portable Walkmans were kicked to the curb for computer CD drives or MP3 players.

The music industry took it on the chin. Once MP3 players started to take over in the early 2000s, CDs were pretty much doomed. Retailers were no longer stocking CDs as much, and CD players were harder to come by. These days, local thrift stores are overloaded with CD players of the past and eBay is an endless sea of Walkmans and boomboxes. According to Statista.com, in 2019, a total of 46.5 million physical CDs were shipped in the U.S., marking the lowest total in decades. Streaming platforms like Spotify and Apple Music have led to such a decline when access to music is easier than ever via smartphone or computer.

Despite CD players seemingly being obsolete in the streaming era, the relic is a timeless experience in itself. The nostalgia of pulling out that old Hov CD and pressing play will never get old.