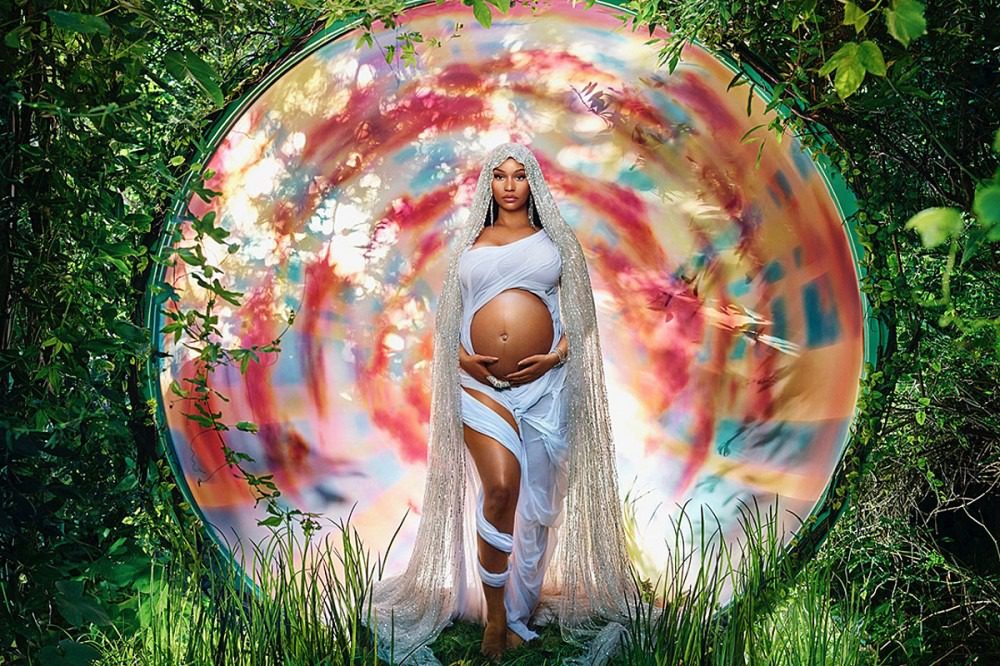 On Thursday (Oct. 1), TMZ announced that the 37-year-old rapper reportedly gave birth to her first child with her husband, Kenneth Petty, yesterday (Sept. 30). The outlet says that Petty was present for the birth after receiving permission from the court to do so over the summer. Due to Petty's pending criminal case, he sought permission from a judge to amend his pretrial conditions, allowing him to attend the birth of their first child. Nicki's husband received the OK from the judge thereafter.

While most of the specifics regarding the birth, such as the baby's gender and name remain unknown, Nicki's Barbz have been waiting for this moment since she announced her pregnancy a few months ago. The Queen rhymer revealed she was with child via an Instagram post on July 20. In photographs taken by famed photographer and music video director David LaChappelle, Nicki Minaj showed off her baby bump in an earthly photoshoot surrounded by greenery and flowers.

Long before the New York MC announced she was indeed expecting, rumors swirled among die-hard stans who were questioning her posts on social media about motherhood. The final straw was when the "Trollz" collaborator appeared in a music video with 6ix9ine seemingly hiding her baby bump in certain scenes of the visual. She later posted a still image from the video shoot, which instantly garnered fans' attention as another green light that Nicki was having a baby.

XXL has reached out to a rep for Nicki Minaj for a comment. Congrats to both Nicki Minaj and Kenneth Petty.