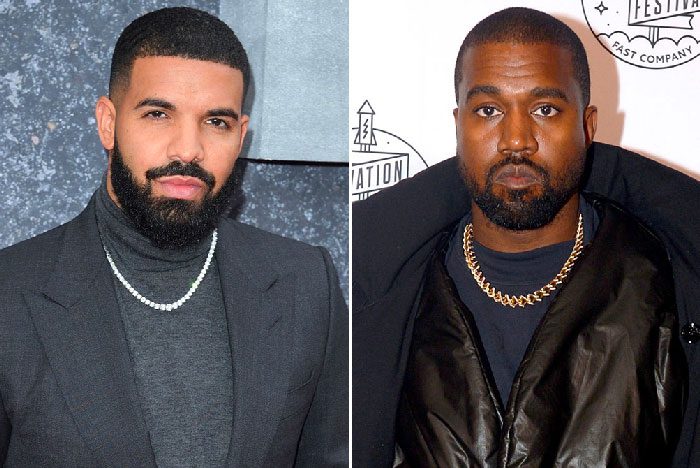 Drake may be reigniting his feud with Kanye West.

The “45, 44” lyric may be a reference to Kanye’s age (he is 44), while some fans have also speculated that he is talking about Pusha T, who is the same age.

There have been rumors that Kanye is waiting to release DONDA until Drake drops Certified Lover Boy. But Drake seems to dismiss the notion that he is going to move CLB‘s release date because of Ye.

After the song dropped, Consequence came to Kanye’s defense and called out Drake for the “disrespect.”

It’s the Disrespect for me dawg

The rap rivals have been at odds for years after Drake accused Ye of fueling his beef with Pusha T by giving him the intel about his son Adonis, which he used on his 2018 diss “The Story of Adidon.”

Pusha recently raised eyebrows with his lyrics on Pop Smoke’s “Tell the Vision,” which some believe to be a shot at Drake.

“Tyler got the album of the year, for now / But Pop about to drop, I see the platinum in the clouds / Now Push about to drop, so real trappers stick around,” he raps on the Kanye-assisted track. “The crown is only for the king and they tryna place it on a clown.”