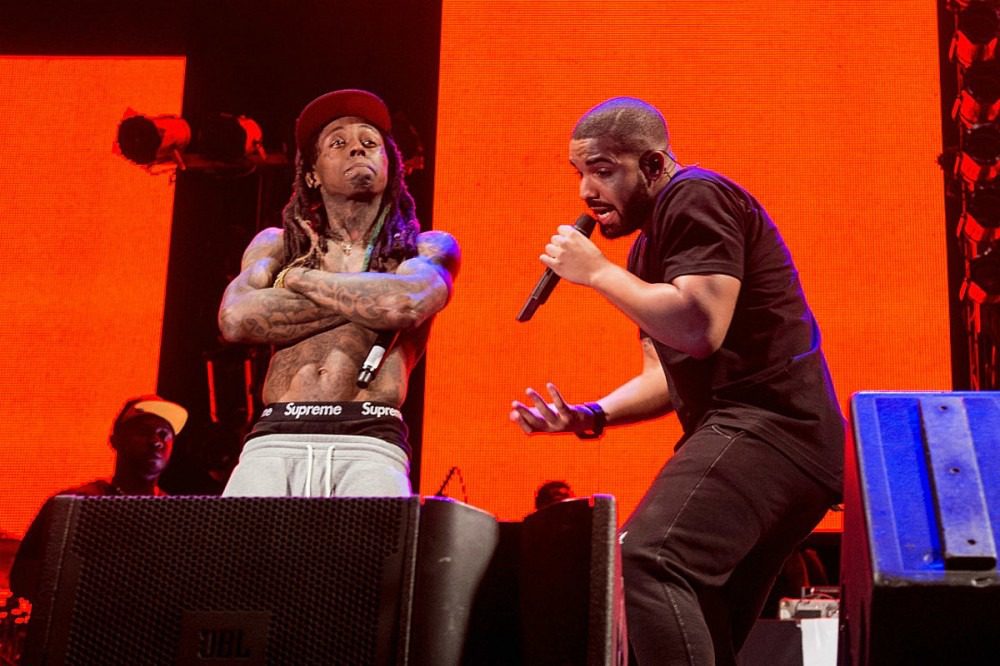 Today (Sept. 27), Tune celebrates his 38th birthday. In honor of his big homie's born day, Drizzy offered a short but sweet shout out to the guy who gave him a major platform to become a superstar. "More life to the man that gave me everything I have!!!" Drake captioned a series of photos of himself and Wayne on Instagram. "My GOAT 🐐 and not just on some emoji shit. Sometimes I wanna drop a tear but no emotions from a king…shall be…so I be…who I be…that’s me…that’s Weezy F Baby and please say the mothafuckin…," he closed, quoting Wayne's Tha Carter II single, "Hustler Musik."

Though it seems like it's been a minute since they collabed on music, the love is clearly still there. For Father's Day, Drake also offered a heartfelt homage to Weezy. "@liltunechi You are my brother but you raised me so Happy Father's Day I love u g forever," he wrote over a picture of the Young Money head honcho on his Instagram Story.

The collab drought may end soon. Back in May, Drake promised to do new music with Wayne during an episode of Young Money Radio. "You have my word as a man, and Mack [Maine], you can hold me to this when we get off the phone, I'm going to be in the studio," Drake confirmed. "What's today? Friday? I'm going to be in the studio all weekend. By midweek or maybe Monday night, you will have at least two joints."

Both Wayne and Drake are working on new projects, with Drake's Certified Lover Boy album set to drop before the end of the year. Tunechi recently announced Tha Carter VI and No Ceilings 3 are on the way. There are also reports they are in talks of doing another joint tour.