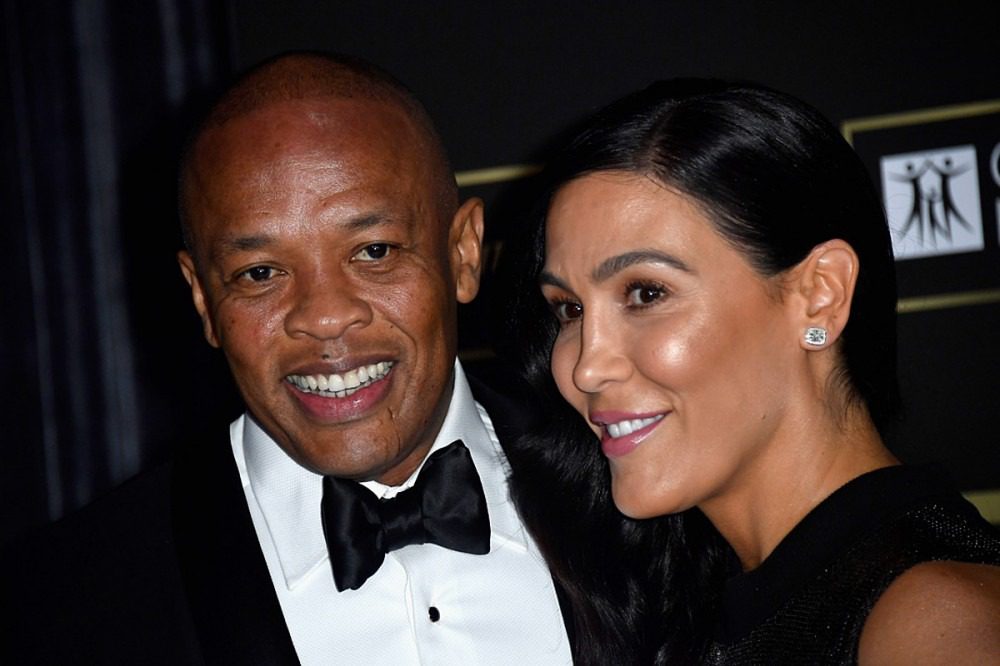 The divorce between Dr. Dre and his wife seems to be getting a bit more complex as new details continue to unfold.

According to a report in TMZ on Tuesday (Oct. 13), the Los Angeles Police Department is investigating Dre's estranged spouse, Nicole Young, for embezzling $385,029. The legendary producer's business partner, Larry Chatman, appears to have filed a report with the LAPD claiming that Nicole withdrew hundreds of thousands of dollars from their business account without approval from either of the two men.

Last month, a company owned by Chatman, Dr. Dre and his soon-to-be ex-wife called Record One recording studio accused Nicole of making a hefty withdrawal of $353,571.85 back in August. In a letter written by Ed McPherson, the attorney who represents the studio, he claims that Nicole "decimated" the company's business account. McPherson also accused her of "blatant and unjustifiable criminal embezzlement of corporate funds" and breaching her fiduciary duties, which would require Nicole to act in the best interest of the company.

Nicole Young's attorney, Bryan Freedman, previously told TMZ regarding the case against his client, "This is just a low-grade PR stunt by Andre and his team to try to change the fact that he was caught red-handed and sued for trying to cheat Nicole out of community property to which she is entitled. There is no question that Nicole had both the contractual and the legal right to have taken this action and Andre's team is well aware of this fact. Any suggestion she did something untoward is preposterous and pathetic."

This news of Nicole being accused of embezzlement comes after a judge denied her request to receive $1.9 million per month in spousal support as a part of their divorce agreement.

Nicole Young filed for a divorce from Dr. Dre back in June after 24 years of marriage. They share two adult children.

XXL has reached out to a rep for Dr. Dre and Nicole Young's attorney for a comment on this matter.

See 20 Hip-Hop Albums You Never Gave a Chance, So Now's the Time to Listen