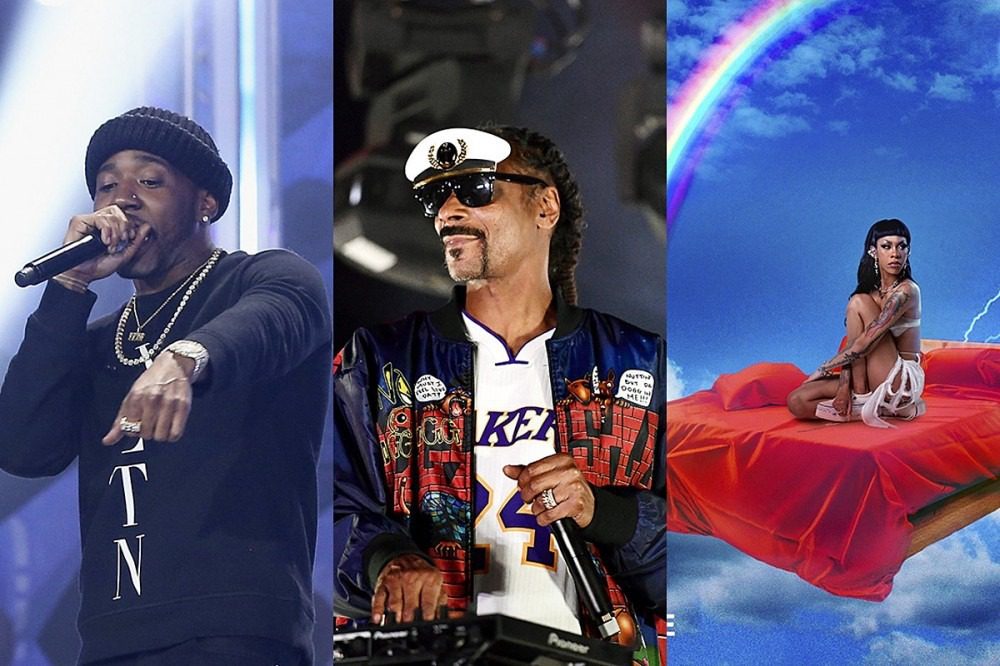 Just like that, 2020, which has been full of ups, downs and unpredictable circumstances, is coming to a close. But, now without some new releases in hip-hop. This month, Future and Lil Uzi Vert finally released their collaborative mixtape, Pluto x Baby Pluto. Then, 2 Chainz came with So Help Me God. There was also Jeezy's The Recession 2.

For the month of December, OG Snoop Dogg is dropping off a new album, Maryland's own Rico Nasty is delivering her debut album and YFN Lucci is offering the third installment to his Wish Me Well series. Take a look below to see what's in store for the last month of the year.

Starting off month No. 12, Rico Nasty is coming through with her very first solo album, Nightmare Vacation, on Dec. 4. She officially announced the LP, which features production from Take a Daytrip, Tay Keith and more, over the summer and shared an endearing letter with fans via social media. In short, Rico explained that the album title is essentially a metaphor as well as an oxymoron. Prior to the album's arrival, Rico teased fans with "iPhone," "Own It," "Don't Like Me" featuring Gucci Mane and Don Tolliver and "OHFR?," which appear on the effort as well as "Back and Forth" with Aminé. Last April, she released her joint mixtape, Anger Management, with producer Kenny Beats.

YFN Lucci's Wish Me Well 3 arrives on Dec. 4 as well. While the details surrounding the album are scarce at the moment, the Atlanta-bred melodic rhymer dropped his track "Man Down" with an accompanying video about a month before the LP's arrival. He offered "Sept 7th" in October, too. YFN Lucci's most recent effort, HIStory, Lost Pages, came out back in February, so he definitely has been putting in hard work in the studio. Lucci's joint "Wet (She Got That…)" is making waves as well, along with the remix featuring 2020 XXL Freshman Mulatto. The second installment of Lucci's Wish Me Well series dropped in 2016 and the initial mixtape came out back in 2014.

The revered Long Beach, Calif. rapper known as Snoop Dogg has an album on the way also. While the exact date of the LP hasn't been shared just yet, Snoop announced via Instagram on Halloween that his new album, Take It From a G, will be arriving some time this month. In the album announcement visual, Snoop pays homage to his city and shows love to the 2020 NBA Champion Los Angeles Lakers and the team's star player LeBron James. There's also a yellow and purple old school car with crazy hydraulics. Take It From a G is Snoop's 17th studio album and the follow-up to I Wanna Thank Me, which came out last year.

See other release below from artists like Yella Beezy, Pete Rock, TisiaKorean and more.