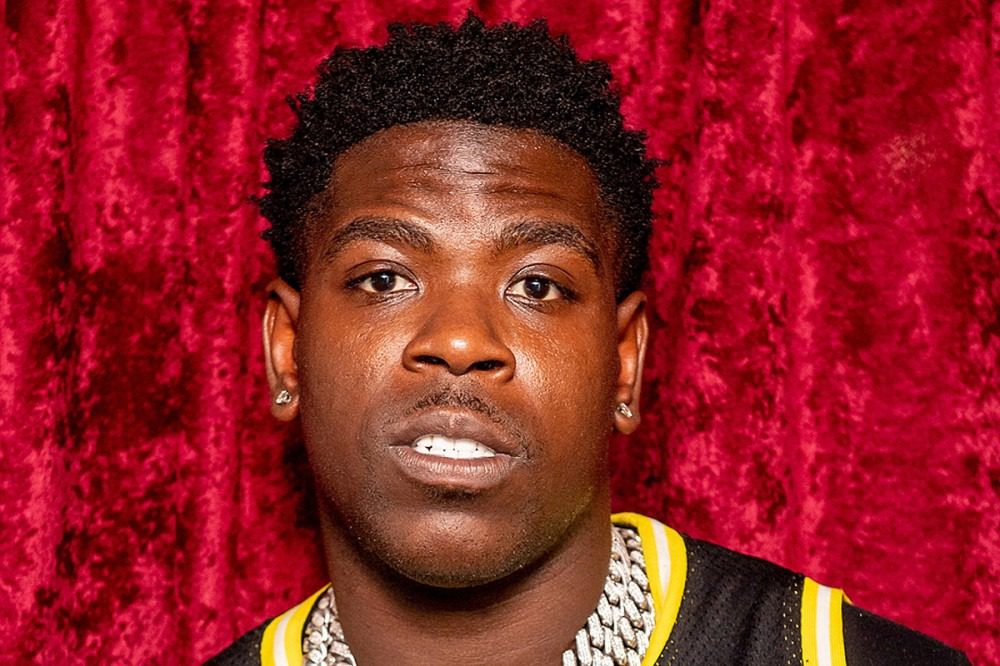 The Federal Bureau of Investigation is currently searching for Casanova, who's facing heavy time behind bars following an 18-person gang sting.

On Tuesday afternoon (Dec. 1), the New York sector of the FBI posted a tweet detailing the Untouchable Gorilla Stone Nation gang being charged with racketeering among other crimes as well as another tweet seeking the public's help in locating the Brooklyn rapper, born Caswell Senior.

"We are still looking for Caswell Senior, aka Casanova, in connection with this case," the second tweet adds, along with a photo of the rapper. "He has connections to both NY and NJ. If you have information about his whereabouts, please call us at 1-800-CALL-FBI."

The FBI is looking for Cas in connection to 17 other Untouchable Gorilla Stone Nation gang members being taken into custody for racketeering, murder, narcotics and firearms charges, as well as fraud offenses. Seventeen of the 18 defendants are in custody, with Cas being on the run.

According to The United States Attorney's Office Southern District of New York, the 34-year-old rhymer has been hit with charges of conspiracy to commit racketeering (which carries a sentence of life in prison for all defendants except for an outlaw—or a person who is a habitual criminal—for whom the maximum term is 20 years in prison), conspiracy to distribute controlled substances (life in prison; a mandatory minimum of 10 years in prison) and possession of a firearm in furtherance of a drug trafficking crime (life in prison; a mandatory minimum of five years in prison that'll run consecutively with any other sentence imposed).

"As the indictment alleges, the violence and drug activity committed by these gang members threatened the safety of our communities and placed innocent lives at risk," FBI Assistant Director William F. Sweeney Jr. said in a statement. "Their unabashed criminal behavior, as alleged, included the murder of a 15-year-old and even extended to defrauding programs meant for people suffering economic hardship due to the pandemic.  But thanks to the partnership and hard work of all law enforcement agencies involved in this investigation, we were able to stop this violent criminal organization—and show that Gorilla Stone is actually not ‘untouchable.’"

The indictment contains 16 charges for crimes committed from Poughkeepsie, N.Y. to Peekskill, N.Y. to New York City. Among the 18 individuals, a man named Brandon Soto is charged in connection with the Sept. 21, 2020 murder of a minor in Poughkeepsie.

The FBI document also notes that fraud has taken place within the Untouchable Gorilla Stone Nation gang by way of the coronavirus relief programs offered by the government.

"As alleged in the Indictment, members of Gorilla Stone committed terrible acts of violence, trafficked in narcotics, and even engaged in brazen fraud by exploiting benefits programs meant to provide assistance in response to the COVID-19 pandemic," acting U.S. Attorney Audrey Strauss said in part.

The indictment was unsealed today.

XXL has reached out to a rep for Casanova for a comment on this matter.