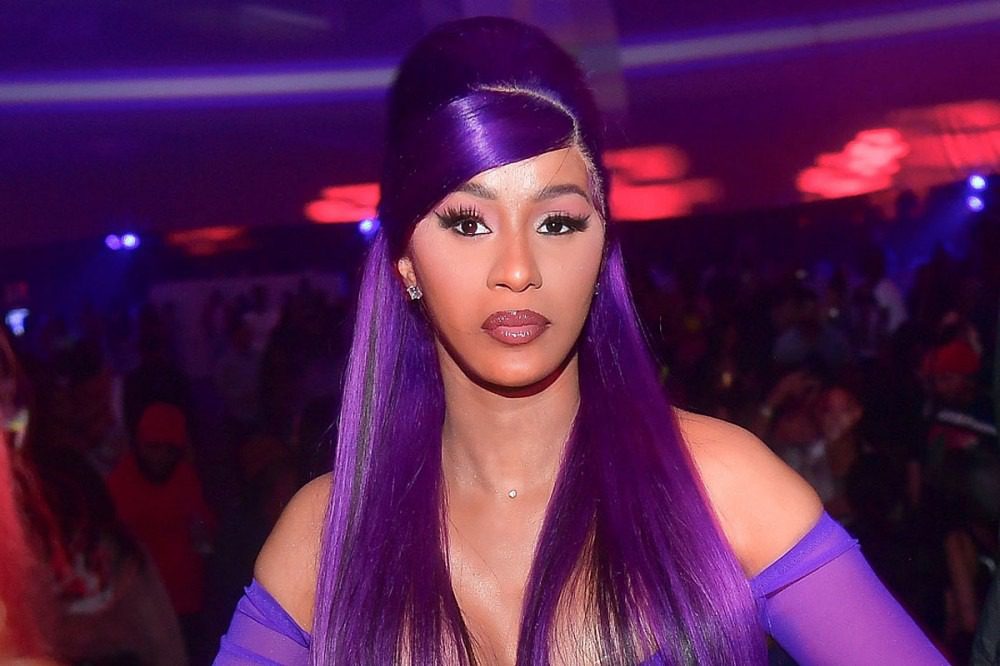 Cardi B is addressing the social media circus that kicked off after a photo of her breasts were accidentally leaked by her on Instagram today.

On Tuesday (Oct. 13), the 28-year-old rapper used Twitter's new voice tweet function to express her embarrassment after posting a nude photo of herself to her own Instagram story several hours ago.

She breathed a heavy sigh before coming clean. "Lord, Lord, why the fuck you have to make me so fuckin‘ stupid and retarded?" Cardi began in the voice tweet. "Why? Why, why, why? You know what? I'm not even gonna beat myself up about it. I'm just gonna eat my breakfast. I'm just gonna eat my breakfast, right? I'm gonna eat my breakfast and then I'm gonna go to a party. Because I'm not even gonna think about it. I am not going to think about it, OK? No, no I'm not. I won't. It is what it is. Shit happened. Um, fuck it. It's not even the first time. I mean, I used to fuckin‘ be a stripper, so whatever. Ay dios mio."

The photo was not meant to be shared with her 76.6 million Instagram followers.

Since sharing the voice tweet addressing her nude photo, the Bronx native has also debunked any claims that she is attempting to hold any party legally responsible for the mistake. Cardi recently shared another post on her Instagram Instagram regarding the slip-up, writing, "I did not posted no story about me suing nobody ….nobody to be sued for .It was my fuck up…shit happens."

After the release of her new song "Wap" featuring Megan Thee Stallion, Cardi gained a huge following of supporters who commended her for continuing to embrace her sexuality and encouraging her listeners to do the same. The track even hit No. 1 on the Billboard Hot 100.

Most recently, the rhymer joined OnlyFans, a British content subscription service used by many sex workers. On Cardi's OnlyFans account, she isn't sharing nude photos, but instead, giving her supporters exclusive content.

Listen to Cardi B's full statement on her nude photo leaking below.