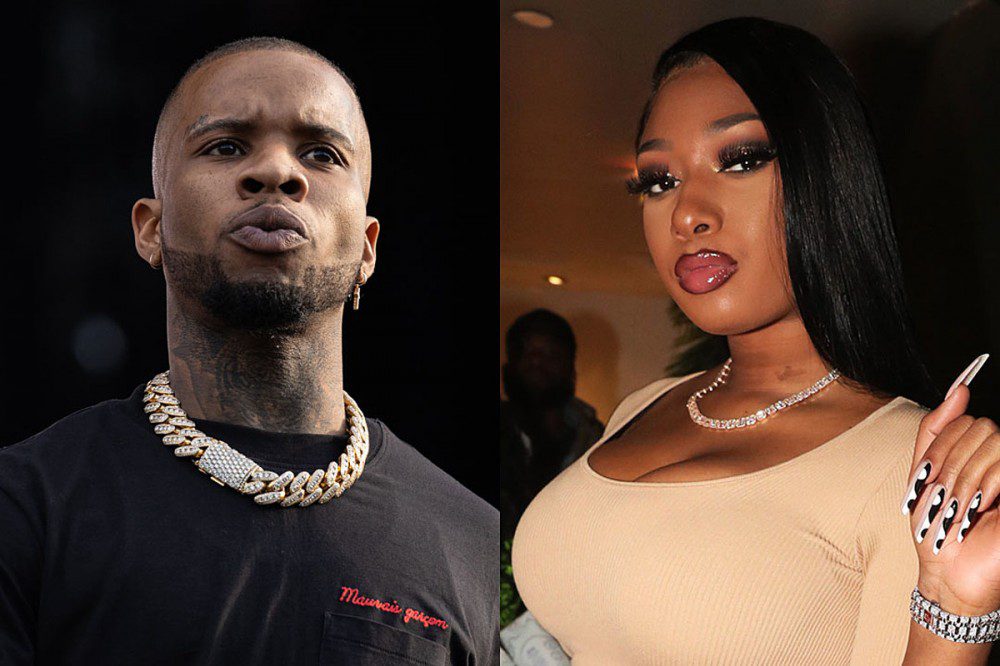 Tory Lanez has appeared in court for two felony charges following his July 12 arrest for carrying a concealed firearm in a vehicle, which occurred the same day as the shooting involving Megan Thee Stallion.

In a report from TMZ on Tuesday (Oct. 13), Tory was not present in Los Angeles County Superior Court physically for his arraignment on his assault with a semiautomatic firearm—personal use of a firearm—and carrying a loaded, unregistered firearm in a vehicle charges, but he made an appearance by phone.

His attorney, Shawn Holly, requested a continuance—or a postponement—in the case so the rapper-crooner did not enter a plea. However, a rep from the Los Angeles County Superior Court confirmed to XXL this afternoon that a protective order was put in place against Tory, born Daystar Peterson, requiring that he stay away from Megan Thee Stallion.

In addition to the protective order, which is reportedly for Tory to stay at least 100 yards away from the "Wap" artist, his bail was set at $190,000. He will apparently be posting the bail via a bondsman who was present at the hearing.

Lastly, Tory Lanez was reportedly ordered to surrender any guns he owns. His next court arraignment is schedule for Nov. 18, which is the same day Megan is set to launch her collaboration with the clothing brand Fashion Nova.

According to video footage obtained by The Shade Room, Tory Lanez verbally agreed over the phone to the orders given by the judge presiding over his case in court today. "You must not harass, strike, threaten, assault, follow, stalk, molest, destroy or damage personal real property, disturb the peace, keep under surveillance or block movements of the protected person," the judge said. "You must not own, possess, buy or try to buy, receive or try to receive, or otherwise obtain a firearm or ammunition."

The news of Tory's court hearing comes only hours after The New York Times published an opinion editorial piece written by Megan Thee Stallion on the importance of protecting Black women. In the article, Meg addressed violence against Black women, stereotypes they face as well as body image.

Prior to expounding on violence that is often inflicted upon Black women, Megan spoke on the shooting incident involving Tory Lanez. Although she did not name him outright, she described the incident itself and its aftermath.

"I was recently the victim of an act of violence by a man," she wrote. "After a party, I was shot twice as I walked away from him. We were not in a relationship. Truthfully, I was shocked that I ended up in that place."

Megan also opened up about choosing to remain silent following the shooting. "My initial silence about what happened was out of fear for myself and my friends," she explained. "Even as a victim, I have been met with skepticism and judgment. The way people have publicly questioned and debated whether I played a role in my own violent assault proves that my fears about discussing what happened were, unfortunately, warranted."

XXL has reached out to the Los Angeles District Attorney's Office, the Los Angeles County Superior Court as well as Tory Lanez's attorney, a rep for Megan Thee Stallion and her attorney for a comment on this matter.