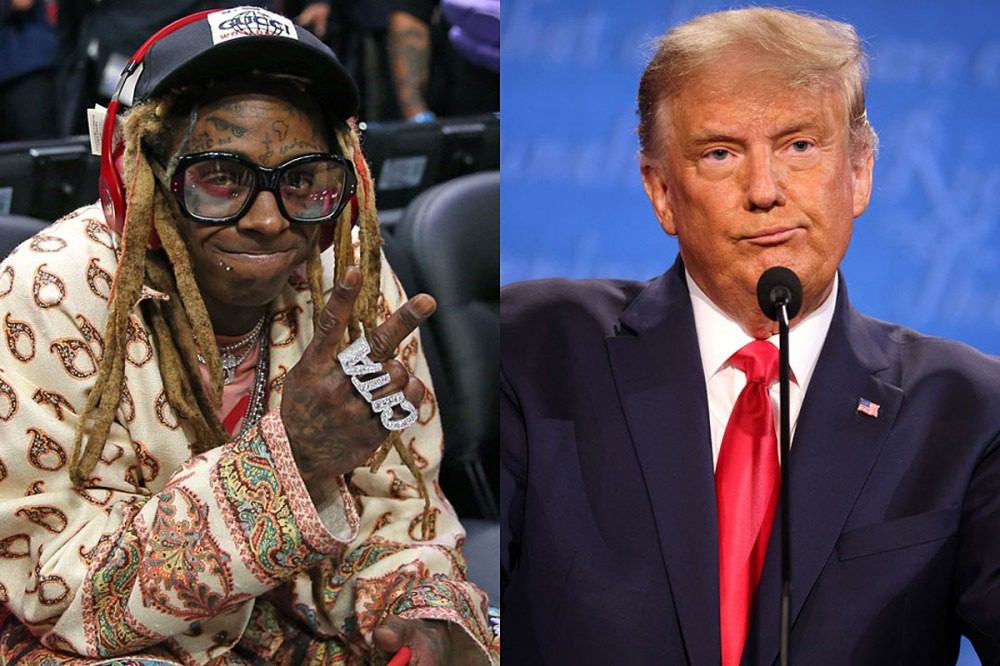 Lil Wayne appears to have shown support for President Trump.

On Thursday evening (Oct. 29), Weezy jumped on Twitter to share an image he took with the current President of the United States. In the caption for the photo, Wayne revealed that they recently met to discuss criminal justice reform and Trump's Platinum Plan for his campaign.

"Just had a great meeting with @realdonaldtrump @potus besides what he’s done so far with criminal reform, the platinum plan is going to give the community real ownership," Wayne wrote. "He listened to what we had to say today and assured he will and can get it done."

In fact, Ice Cube revealed earlier this month that he had a meeting with President Trump as well. During an Instagram Live session on Oct. 11, Cube said that he met with both Democrats and Republicans.

On the meeting with the Republicans, the California native said, "We also met with the Republicans and shit. They brought us in. We talked to ’em. They've moved their agenda a lot because of what we said. You know, they put $500 billion on the table. Who knows what's gone really happen. I just know one of ’em gon' win. I don't know if it can really matter to us. We gotta just push whoever's in there ’cause ain't nobody really solved our problems. People say we can't take another four years of this. Black people, we can take anything, shit."

The news of Ice Cube's meeting with Trump came after Katrina Pierson, a senior advisor for the Trump administration, announced via Twitter that the N.W.A. rapper has been working with the president to help develop the Platinum Plan for his campaign. Cube later made it clear that he hasn't endorsed Trump or Democratic Presidential nominee Joe Biden.

In any event, while this is the first we've heard from Wayne regarding the upcoming election, he isn't the first rapper to show support for Donald Trump in this capacity.

Lil Pump, Waka Flocka Flame and 50 Cent have all been vocal about being in Trump's corner rather than Biden.