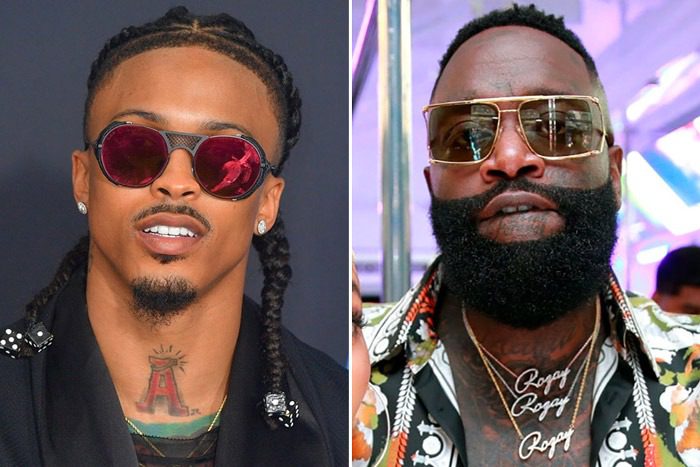 August Alsina is making the most of his entanglement.

The singer has collaborated with Rick Ross on a new song called “Entanglements,” inspired by his headline-making relationship with Jada Pinkett Smith. Over the OG Parker-produced track, August starts off by defining the word.

“The definition of entanglement / It’s when you tangle in the sheets,” he sings. “Girl, I know that we don’t call it a relationship / But you’re still fu**in’ with me.”

Rozay uses his clever wordplay to address Jada and Will Smith on his verse. “Shawty leanin’ on my shoulder, got her questionin’ my willpower / Jaded by her beauty, but her reputation real solid,” he raps while referencing Jada’s role in The Matrix Reloaded (“Caught up in the Matrix, and I doubt if I can get up out it”) and her friendship with Tupac (“Still I gotta get around, favorite artist was 2Pac”).

In a recent interview with Vulture, Alsina opened up about the word that Jada used to describe their relationship in her “Red Table Talk” interview. “I don’t know why that word is such an issue,” he said. “I would agree [with Jada]. If you look up the definition of ‘entanglement,’ it is a complex and difficult relationship. It was exactly that. I think it’s just the language that probably stuck out to people. But I definitely have to agree with it being an entanglement. It definitely was something complicated, a complicated dynamic.”

“Entanglements” follows the release of August’s album The Product III: stateofEMERGEncy last month. He recently dropped a video for the standout “Rounds.”