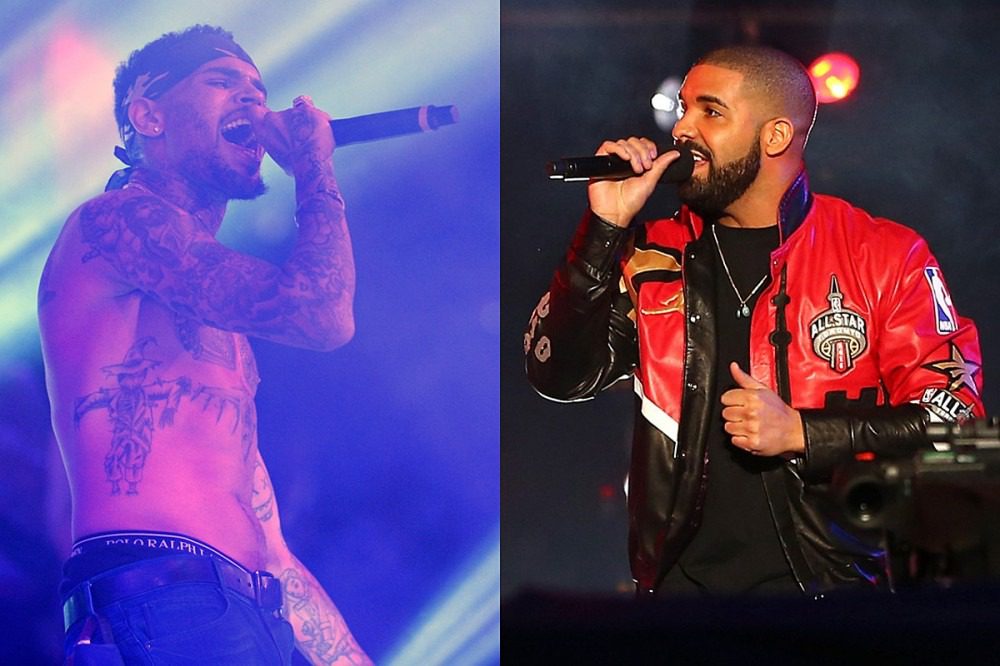 A Drake and Chris Brown joint album might actually be happening.

On Friday (Nov. 6), Breezy was on Fat Joe's Instagram Live interview series and appeared to confirm that he and Drake will put out a Best of Both Worlds type album sometime in the near future. "Yeah. I think we wanted to shock the world," Brown replied, when asked by Joe if there would ever be a Drake/Breezy collab project. "We got some songs. We definitely got some songs …" Brown added.. "It's definitely gon' be something that we're working on that's gon' be crazy."

Fat Joe was ecstatic about the prospect of the project. "That's gon' be the biggest album ever made in history," the BX rap veteran opined. "Bigger than the Beatles."

Chris Brown and Drake's relationship over the years can be described as complicated. The two musical superstars were engaged in a lengthy six-year beef over Rihanna before finally settling their issues and reuniting in 2018 onstage in Los Angeles. Last year, they collabed on the single, "No Guidance," which has reached platinum status.

Both artists are no strangers to joint releases, with Drake joining forces with Future on 2015's What a Time to Be Alive. Earlier this year, Chris Brown teamed up with Young Thug and put out the collab project, Slime & B. He also released the Fan of a Fan series with Tyga in 2015.

At the moment, Drake appears to be focused on releasing his sixth solo album, Certified Lover Boy. He recently announced it will be dropping in January 2021.