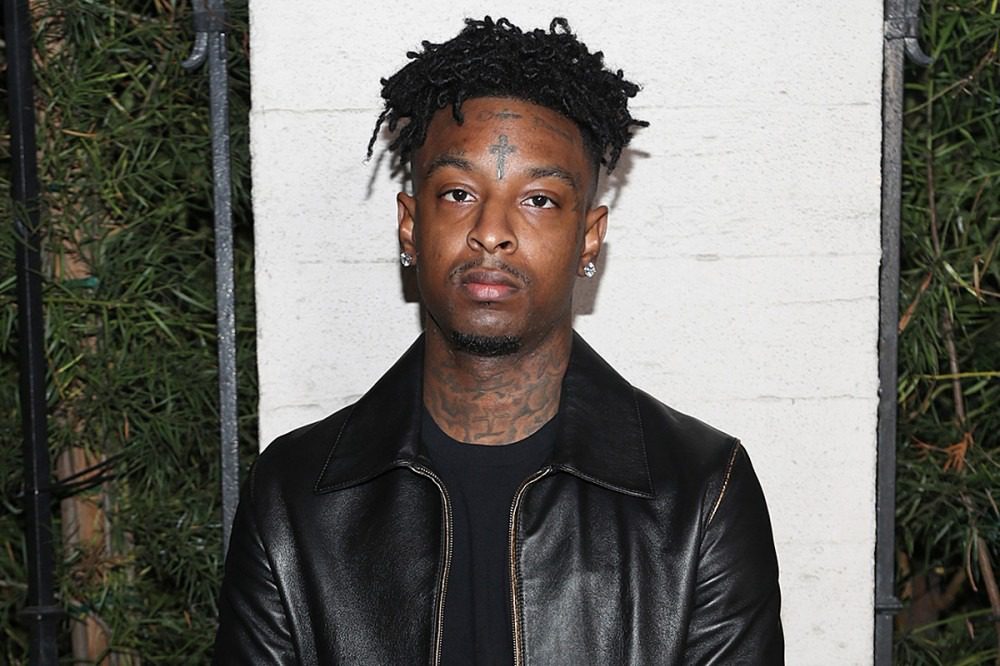 21 Savage wants his rapper peers who have been using the phrase "yessirskiii" on their songs to cut him a check after suggesting he coined the catchy phrase.

Early Monday morning (Oct. 5), the Savage Mode 2 artist tweeted that he wants half of the profits from other rhymers who use the phrase in their music, specifically on the hook. "I need 50 percent of every song that come out with a yessirskiii hook y’all getting outrageous with da biting I gotta get a rabies shot at dis point," he wrote.

What was once an ab-lib for 21 became an actual song with help from Lil Uzi Vert. The track "Yessirskiii" appears on the deluxe version of Uzi's Eternal Atake album. Although the Atlanta-based artist didn't specify which rapper(s) he's referring to, Lil Pump shared a snippet of a track on Sept. 30 via Instagram, in which he repeatedly says the word on the hook of an unreleased song he's titled "Yessirskii."

"Hoppin‘ out the coup, yessirskii/Bought a new crib, yessirskii/Got a new chain, yessirskii," he rhymes on the Young Thug-assisted effort. "Yessirskii Ft slime @thuggerthugger1 When SHOULD I DROP IT ?," he captioned the snippet.

Meanwhile, Freebandz's Doe Boy dropped a song produced by Southside called "Yessirski" last week. Doe, who tweeted this afternoon that he isn't coughing up cash to anyone, seemingly referring to 21 Savage's tweet, also told Pump he shouldn't release the record he recently teased.

"NoSirSkiiiii," he wrote in the former 2018 XXL Freshman's IG comments.

While it's unclear which artist began using the phrase first, 21 Savage has let it be known that whomever decides to use "yessirskiii" on their hook, or presumably any version of the word, he wants monetary acknowledgment.